‘Hip, catchy… all that stuff. Lover isn’t as expansive as Kate Bush or as daring as St. Vincent, but it is accessible and intelligent, which I think are the hallmarks of Swift at her best.’

I Forgot That You Existed

This is a golden age of female pop stars. In the past few years we’ve had fabulous records from Lorde, Billie Eilish, Janelle Monae, Robyn, Ariana Grande, and many more of this generation’s finest talents. The most frustrating thing about Taylor Swift’s latest album is just how close it flirts to the greatness of those records.

I certainly haven’t enjoyed any of her previous releases as much as Lover, but it’s let down my predictable pitfalls. It’s too long, containing a handful of tracks that could only be described as filler, and is let down by some extremely clumsy moments, both musically and lyrically. Ditch “ME!” and “London Boy” from the tracklist, and Lover would be immediately better off.

Despite these grievances, there’s something about the record that is remarkably addictive, and I’ve probably returned to it more times than I’d care to admit. Taylor Swift seems more earnest than before, and far more sincere in her songwriting. In spite of my initial concerns with the release of “You Need to Calm Down”, not everything here is sung to her ‘haters.’

I think Taylor Swift’s intentions are pure, and though the execution can feel awkward at times, the results tend to be satisfying. “Cruel Summer”, “The Man”, and “Lover” are some of the finest songs that she’s ever recorded, and there are some hidden gems in the form of “False God” and “Death By a Thousand Cuts” too. If the fat were to be trimmed, Lover could have been Taylor Swift’s modern pop classic. The signs are encouraging nonetheless.

I was ready to be an asshole about Lover, but actually the worst thing I can say about it is it sells itself short. Taylor Swift has assembled a lush, heartfelt pop record that would have benefitted from killing some of its darlings. Flagship tracks like “Lover”, “The Man”, and “Cruel Summer” are brilliant — hip, catchy… all that stuff. Lover isn’t as expansive as Kate Bush or as daring as St. Vincent, but it is accessible and intelligent, which I think are the hallmarks of Swift at her best.

Are the lyrics clunky at times? Oh yes. (“London Boy” especially, good lord. It sounds like it was co-written with an A-Z map.) But generally the album is fun without being totally surface level pop fluff. “You Need to Calm Down”, which makes no bones about mocking online trolls, is as sassy as it is catchy. That’s not usually my vibe, but if you own it you own it, and I’m all for pop music engaging with real things in real ways. “The Man” is a highlight for the same reasons.

That’s not to say I’m enamoured with Lover. The magic of pop, for me, is how much larger than life it can be. Listen to prime Michael Jackson, Lady Gaga, or Robyn and you hear titans. Not so with Swift. It’s almost charming how ordinary her A-list budget worlds feel. Almost. If the record was a little shorter and a little looser, I think it’d be one of the releases of the year. All the same, it deserves a listen or two. There’s plenty to like.

Taylor Swift returns with an energetic, synth-pop album which leans away from the bolshie production of 2017’s Reputation. At an hour long, however, Lover runs out of steam a little prematurely despite a lot of enjoyable moments.

“I Forgot That You Existed” is a strong start, with a playful, engaging vocal and lowkey, breezy, albeit very effective instrumental. Irony aside, it’s the type of thing I was expecting after the success of 1989. It’s the singles taken from this tracklist that had me worried though. “ME!” swings too far towards sugary sweet bubblegum pop and features vocals that feel like a second thought. Meanwhile, “You Need To Calm Down” is far less egregious but still plays into ‘beating the haters’ with a well-meaning but slightly trite equality stance. You’d be forgiven for believing Lover might be a caricature of Swift’s previous material.

The bulk of the album should alleviate those concerns though. The first half features a nice mix of synth-pop, from “Cruel Summer” and “The Archer”, lilting ballads with a slight country tinge from the title track and “Death By a Thousand Cuts”, and straight pop tracks including “Paper Rings” and “The Man”. There are some awfully similar moments here too, however, “I Think He Knows” and “London Boy” being the main offenders. Your choice is between gooey, loved up lyrics with or without awkward insertions of London landmarks and an American jovially singing ‘mates.’

That’s not the only instance of tracks that walk well-trodden ground either, and the second half is made up of a healthy chunk of tracks that retread themes from earlier on, and usually not quite as well. It’s here that deserves the most trimming and would likely pull the slightly unwieldy hour runtime down by ten or fifteen minutes. There’s far less to be found in this final third and by closer, “Daylight”, you’ll either want to return to earlier portions of the album or not return at all. The exception here is “Soon You’ll Get Better”, which is a heartfelt, emotional ballad dedicated to her mother, and it stands out as a track that holds some weight and meaning.

Overall, Lover has some real highlights and makes for a solid pop album. It’s the length, especially the final portion, that deflates it and makes for a far less interesting album than much of the solo female pop we’ve seen in the last few years. I’ll likely return to two or three tracks off this record, and given the eighteen track length of the album, it makes for diamonds in the rough rather than a gleaming treasure trove.

Favourite tracks // I Forgot that You Existed ­­Paper Rings ­­London Boy
2010staylor swiftpopcountrylorderobynjanelle monaekate bushst vincentbillie eilish
Receive monthly roundups of what we’ve been up to. Sign up for our newsletter ➔ 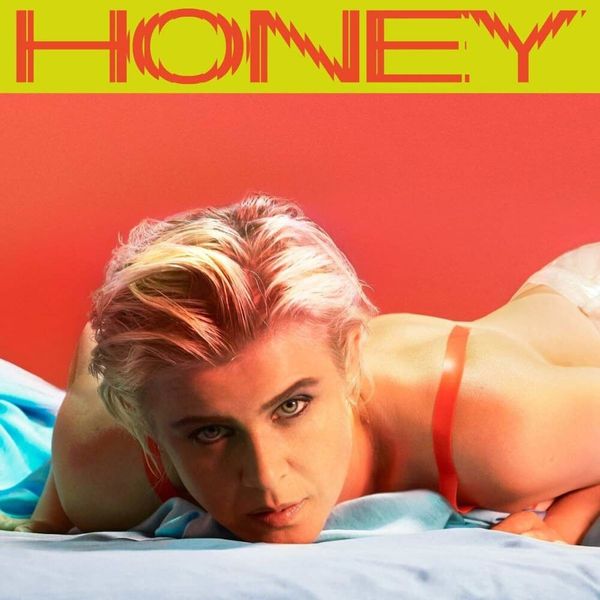