‘I don’t have a lot of time for pop, but when I do I want it to sound like Michael Jackson. I guess the problem is that by 1987 Michael Jackson knew that was true for a lot of people. There’s a gimmickry to Bad which doesn’t always sit right.’

Man in the Mirror

Following an album on the sheer scale of Thriller is no easy task, even for the King of Pop. It took Michael Jackson five years to follow up the greatest selling album of all time, and despite showing drastic signs of age, I’d say he gave it a damn good go with Bad. Jackson and legendary producer Quincy Jones took a step away from disco and instead leaned towards hard dance, flirting with rock and metal, whilst allowing space for dainty ballads — standard pop procedure, but with a slight edge.

Michael Jackson feels like a product at this point (he was a showman after all) and certain artistic moves feel slightly forced. Artists like Prince show us that pop doesn’t have to feel so artificial as it occasionally does on Bad. “Dirty Diana” is a riveting song, but still feels like a manufactured move lusting for approval from metalheads. “Man in the Mirror” is a beautiful ballad that ticks all the boxes, which is testament to the quality of the track as well as the formulaic nature of the songwriting across the entire record. It’s not as much criticism as it is observation, and ultimately the majority of the album sounds fantastic, and that’s all that matters.

Performances are absolutely spot on, particularly from the man himself, but instances of MIDI-overload can be a little counterproductive (the bass ‘solo’ during the chorus of “Speed Demon” is both spectacular and ridiculous). Synthetic brass sections and blocky textures are just part and parcel of the experience, and it means that Bad hasn’t aged quite so well as Thriller, or even Off the Wall. Even so, it remains an excellent pop album that feels very much like an architect of its time.

Bad is good, but it isn’t Michael Jackson’s best work. It’s like having ’80s pop pumped straight into your veins. Given that the strain is MJ — the good stuff — I’m game. It’s just terribly easy to listen to. Practically every song is catchy enough to be a single (and probably was).

I don’t have a lot of time for ballads, but when I do I want them to sound like “Man in the Mirror”. I don’t have a lot of time for pop, but when I do I want it to sound like Michael Jackson. I guess the problem is that by 1987 Michael Jackson knew that was true for a lot of people. There’s a gimmickry to Bad which doesn’t always sit right. Yeehees and shamonas abound, and the sound is mired in that thick synthetic gloop of late ‘80s production. It sometimes feels like MJ’s jumped straight out of a particularly slick Street Fighter crew. The album makes it work through the strength of its songwriting and the peerless charisma of its star, but it does often leave you pining for the timbre of real instruments.

I like Bad, but it and music like it are probably quite useful for understanding why grunge exists. The album showcases Michael Jackson more as a performer and product than as an artist — although his songwriting chops are undeniable. You can’t turn for energy and swagger, though understatement seems to have gone walkabout. It’s model pop, and it casts its spell well. The illusion just doesn’t hold for terribly long. It leaves you having to settle for a bunch of fantastic songs well sung that otherwise sound a bit weird. Ho-hum. Let us eat cake.

Bad compiles together some of Michael Jackson’s best known and loved singles. From the opening title track with its slinky bassline, to the quintessential ’80s ballad “Man in the Mirror”, there are some incredible tracks to be found across this tracklist. With that said, you’re not going to mistake this for anything other than an ’80s release. With some pretty clunky MIDI instruments dousing close to every track, and a healthy portion of ’80s cheese thrown in too, you’ll likely contract chronic nostalgia for the decade even if you had no part in it.

“Speed Demon” is a perfect example of clunk, though it’s not a bad track by any measure. “Smooth Criminal” is a strong track in its own right, but an odd closer which is typical of the tracklist — a great single but oddly placed. All but a couple of songs here either were singles or are single-worthy, the exceptions coming around the midway point, and that tinges the album more as a compilation of hits than a cohesive tracklist. It’s not a huge negative, but it does change the listening experience, and the fact that “Leave Me Alone” was stuck on the end for the re-released version only proves further how little concern was shown for the flow of the album.

Aside from that, Bad is one of the greater Michael Jackson albums that never peaks high enough to be his best, but does enough to be a very enjoyable listen all the same. I think I’ll dive back into Michael Jackson’s earlier material to get my real hit though.

Favourite tracks // Bad ­­Liberian Girl ­­Man in the Mirror
1990smichael jacksonpoppop rockprince
Receive monthly roundups of what we’ve been up to. Sign up for our newsletter ➔ 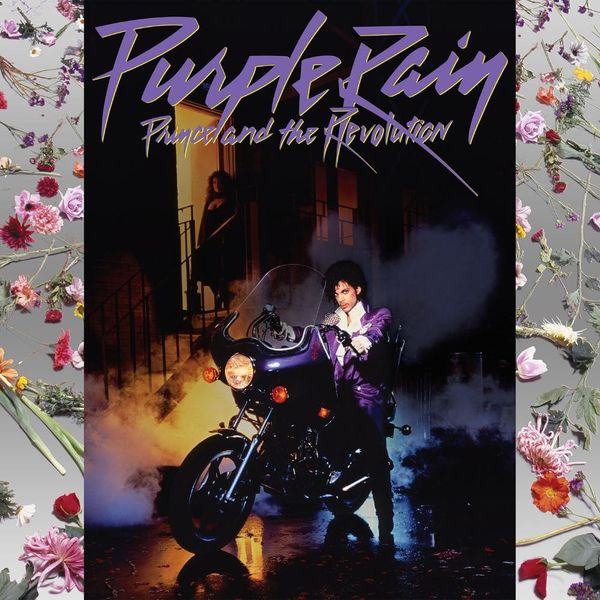