‘Purple Rain was the monumental record that cemented Prince's position of power and distinguished him from his peers. It’s an endearing record of mystery and wonder, deftly inheriting elements from a wide selection of genres.’

Purple Rain was the monumental record that cemented Prince’s position of power and distinguished him from his peers. Remarkably, it retains all of its audacity and persuasive force three decades on. It’s an endearing record of mystery and wonder, deftly inheriting elements from a wide selection of genres that amalgamate to create a category of its own.

The overwhelming success of Purple Rain is arguably the most extraordinary achievement in pop history, with a stylish spread that covers R&B, glam-metal, synth pop, and soul. Call it whatever you like; this is a distinctive sound that, while being a clear influence on many successful artists, hasn’t been legitimately replicated to any extent since. It contains an element of risk that makes it far more daring than any pop album you’d hear today. “When Doves Cry” manages to be inherently funky even without a bass line, showing that even the most well-known cuts steer away from conventional territory. “Darling Nikki” revels in its sultry desires, thrusting forward with a poise that inspired listeners to become comfortable with their own sexual inclinations. Even the title track — probably Prince’s most iconic statement — lasts well over the usual running time of a power ballad.

Though the record would likely benefit from contemporary production and mastering (Prince’s guitar work deserves to be at the forefront of almost any mix, after all), it’s almost impossible to imagine such an audacious album being released in the mainstream today. With Purple Rain, Prince set a precedent that changed music forever. Alongside Michael Jackson’s Thriller, it is as close to pop perfection as we will likely ever experience.

This fully shoulders its mantle of iconic ’80s album. This is one of those works that define an era rather than toes its line, sounding very much of its time but rarely in a way that dates it. Dynamic songwriting; a rich breadth of sounds and vocal deliveries; thick, grinding guitar; all these qualities and more are on hand, and with subtle, intelligent flow.

From the teenage sweetheart innocence of “Take Me With U” to the not quite so innocent “Darling Nikki”, there is always a gorgeous and groovy pulse ticking the album along. To call *Purple Rain *a toe tapper would be an understatement. All that keeps me from loving it is the nagging feeling that it could be even better; that some of its vitality is held back by the mix. For all its knack of transcending that blaring ’80s density, the album doesn’t escape it entirely. The extent to which Prince’s guitar work is drowned out by The Revolution does the former a serious disservice. It would have befitted the record’s zest to have its guitar work front and center.

That said, when the worst thing I can say about a Prince album is, ‘I’d like more Prince in it,’ it’s probably doing ok. This was a pleasure to listen to. The music is alive and unashamed and I like that very much.

Purple Rain is arguably the best known album Prince released and it certainly adds to a brilliant legacy. From start to finish, the album doesn’t let the listener’s attention waiver, with something different and memorable in each track. With a mix of less than subtle synths, and Prince’s vocals crying out over each track, this album is unmistakably 80s, but it’s aged well and doesn’t distract the listener from the music.

Tracks like “The Beautiful Ones” make the most of the signature 80s sound (which is likely ‘signature’ in part due to the man himself) with Prince leaning into his vocals until he snarls them passionately over the quirky synths and delicate piano lines. Other tracks use interesting instrumental arrangements, with “When Doves Cry” stripping right back to drums, vocals and a tip-toeing synth line.

It makes for a fantastic release that was surely treading new ground at the time, though today it has maybe lost some of the magic. I’ll certainly be returning to the album as a whole, it’s a great place to start for anyone that isn’t well versed in Prince’s work.

Favourite tracks // Darling Nikki ­When Doves Cry ­I Would Die 4 U
1980sprincepoppop rockrockmichael jackson
Receive monthly roundups of what we’ve been up to. Sign up for our newsletter ➔ 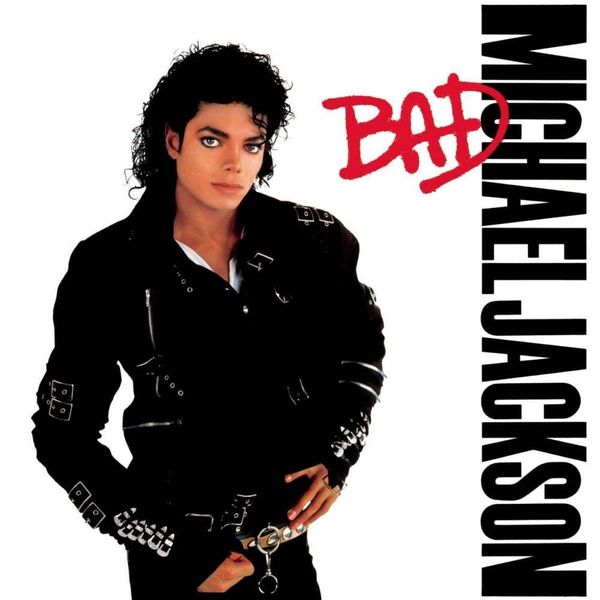