‘Provided you're in the right mood, The Moon & Antarctica is one of the standout indie rock releases of the 2000s. A volatile relief for all the potential nihilists out there.’

The Stars Are Projectors

Dark Center of the Universe

The definitive indie rock album (for art-school students prematurely experiencing their existential dread) turns 20. No, not that one. It’s remarkable how The Moon & Antarctica has maintained its sense of isolation for all these years. Imitators come and go, but Modest Mouse’s third studio album still nails that bleak sensation better than most. Yet for an album so comfortable in its cold and desolate atmosphere, The Moon & Antartica is surprisingly eclectic. One moment Modest Mouse channel the Pixies, and before you know it they’re paying their greatest respects to Talking Heads. Such a comprehensive span of styles is generally welcome, and for the most part, The Moon & Antarctica retains its drifting sensation throughout.

The opening half hour is excellent. Going from solemn indie post-rock (“Perfect Disguise”) to four-to-the-floor art-rock (“Tiny Cities Made of Ashes”) and spirited grunge (“A Different City”) makes for a fascinating fragment. The backend of the record feels slightly ponderous in comparison. Specifically, a few tracks that find me waiting for something unexpected and exciting. Perhaps one of the issues is that “The Stars are Projectors”, a near 9-minute epic, is just so damn good that anything that follows it feels relatively underwhelming.

The discography of Modest Mouse has had its ups and downs, but this is where the band seemed most comfortable (artistically speaking, given the emotional turmoil that comes with such an anxiety surrounding existence). Isaac Brock’s blunt lyricism works best in this plaintive format, as morbid as it can sometimes be. The Moon & Antarctica is a bit of an emotional rollercoaster, truth be told, which means you’re more likely to appreciate its musings when in the right mindset. It contemplates life, death, and everything in-between and afterwards. Radiohead’s OK Computer pressed similar buttons, but this is far more philosophical, and definitely less melodramatic. A more patient listen that, due to its contemplative format, probably takes further listens to appreciate in the same way. But this is a different strand of rock music altogether: noisier, punkier, and angling towards the rowdy joys of lo-fi agitation.

All things considered, The Moon & Antarctica remains a terrific record. It’s clear why it made such a significant impact in the alternative music scene, though I’d maintain that its tendency to drift separates it from other melancholic monuments. So, provided you’re in the right mood, The Moon & Antarctica is one of the standout indie rock releases of the 2000s. A volatile relief for all the potential nihilists out there.

Pensive, tinny, and to this day still something of an enigma, The Moon & Antarctica has to be one of indie music’s finest ambassadors. Its awkwardness is familiar, and its downbeatness somehow life-affirming. During our chat about the album we found the album conjured uncannily specific visions in each of us – country backroads splashed with moonlight, cities in slumber just before dawn, that kind of thing. The vividness and variety of what we saw reflects the album itself, which seldom feels cluttered despite the breadth of sounds it explores.

The Moon & Antarctica speaks to the soul rather than the heart, more philosophy than poetry. Maybe that’s why I don’t love it. (That and it’s a bit too long.) The album fills you up – provided the mood is right – but it doesn’t exactly warm you up. Still, even when existential dejection isn’t the order of the day, the album is a welcome companion. The intricacies of its instrumentation, the fluidity of Isaac Brock’s lyricism, and the gentle, drifting pace scratches a certain itch in ways I’m not sure anything else can.

As is the case with Modest Mouse’s other records, The Moon & Antarctica is a sprawling and winding pilgrimage with ideas miles above its station. Across its hour-long duration it pulls from a dozen different sources as the band apply the naked grit of their rustic aesthetics and the beat of their unpolished heart to dance punk, neo-psychedelia, and post-rock, among others, all the while philosophising about the human condition and our relationship with the universe around us. To this day, 20 after its release, it remains impossible to pin down.

And yet, whatever The Moon & Antarctica is, it is arguably the pinnacle of it – my world still stops whenever I’m in earshot of it, especially the legendary opening trio. As a listening experience for the uninitiated it’s an acquired taste that requires preparation, but it should only ever be served in its exact form. Its existential lyricism is both tongue-tied and profoundly articulate, as eloquent musing shares a stage with naïve questioning – the few firm conclusions it does offer up bring a sense of futility, detachment, and ennui: ‘If you go straight long enough, you’ll end up where you were.’

The album’s boundless exploration of the alternative rock spectrum rallies against its lyrical cynicism, flipping the script and taking every opportunity to refresh, finding new methods of expressing its despondent and anxious revelations along the way. The band display incredible technical proficiency and raw enthusiasm for each subgenre they utilise. But like all of us, The Moon & Antarctica cannot escape the inevitable. Its final tale depicts a man falling from a ladder to his death, only to discover in the afterlife that he’s made of ‘nothing but water and shit’ and incapable of solving life’s big questions. We are made from earth, and to the earth we will return.

It isn’t music for every mood, but it only rarely wallows in its sadness to the point of misery. Its more uplifting moments are slotted into ideal positions, sometimes just before segments step into excessiveness, and the sequencing compounds its wider moreishness too. Resourcefulness and honesty elevate its simplicity track-to-track, and altogether it’s a complete and deeply emotive work.

Favourite tracks // 3rd Planet Gravity Rides Everything Dark Center of the Universe
2000smodest mouserockalternative rockindiegrungepsychedeliapost rockspace rockart rockgrandaddypixiestalking heads
Receive monthly roundups of what we’ve been up to. Sign up for our newsletter ➔ 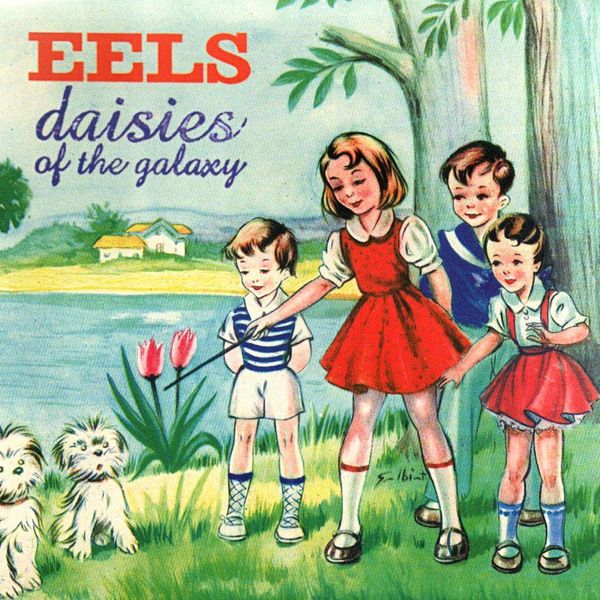 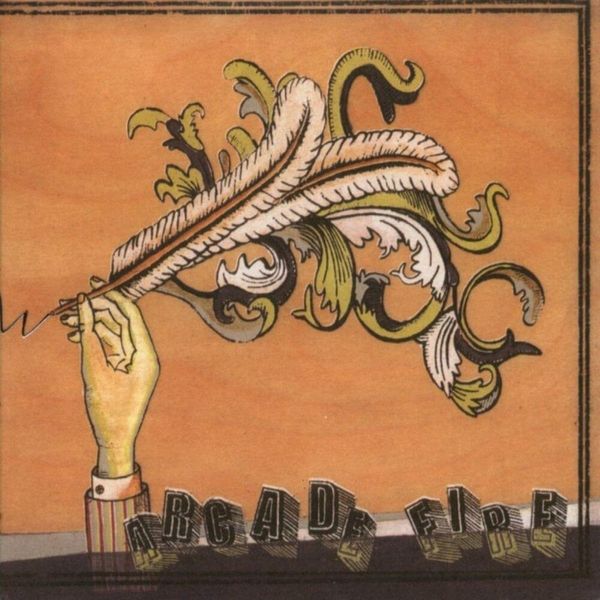 Squid take characteristics from krautrock, dub, funk, and jazz to form a sound that is remarkably coherent and wholly distinct. It’s chaotic, but it works.