‘There is a huge amount of musical and lyrical ingenuity to enjoy here, with strong messages and jovial piss takes. One thing is for certain, Joe Talbot is the town crier, a megaphoned voice of a generation.’

Joy as an Act of Resistance was undoubtedly a highlight of 2018 for me. As IDLES always manage to do, it spoke volumes to the state of current affairs. Two years on and the world seems debatably worse. IDLES’ new record Ultra Mono acts not just as a further comment, but as a perfect release of anger, anxiety as well as love and kindness. It gets me fired up.

Musically, Ultra Mono very much follows from where IDLES left off. The sheer abundance of rowdy riffs is superb. Each track offers a rhythmically powerful backdrop. The drums are pounding, guitars are bending, and bass is thumping. IDLES depart slightly from their formula with a few different guitar sounds – “Ne Touche Pas Moi” is a great show of this, and the feature from Jehnny Beth is great.

The superbly executed music acts as backdrop from some unparalleled lyrics. “Model Village” speaks to me and my relationship with small town England in a big way , as I’m sure it does many people. Similarly tracks like “Reigns” offer a powerful punch of angst and anger, ironically music and lyrics are not ‘pulled back’ here, in any way. The following track “The Lover” is the yang to “Reigns” yin. It is a commanding riff with and unapologetically forceful message.

There are some wonderful surprises in Ultra Mono too, with slower, Joy Division-esque songs like “A Hymn”. There is a huge amount of musical and lyrical ingenuity to enjoy here, with strong messages and jovial piss takes. One thing is for certain, Joe Talbot is the town crier, a megaphoned voice of a generation. IDLES bring a strong reckoning with Ultra Mono and I’m here in the crowd, killing them with kindness.

IDLES are back, Terminator style. Screaming, thumping, taking names, Ultra Mono feels like a booster shot from the band; it’s nothing new, but more of a good thing is hard to argue with. Joe Tablot is on fine form, as you’d expect, with tracks like “Model Village” providing a particularly welcome fix. All in all the album listens like another brick thrown through the window of Bullshit Inc.

For all its snarling punk credentials the album does seem a smidge comfortable compared to previous projects. Several tracks lack behind, and the production lacks a certain edge. No instrumentals on Ultra Mono are as thunderous as on earlier songs like “Divide & Conquer” or as biting as “Great”. There are shades of evolution – “Grounds” hits a kind of funk punk groove, for example – but the album captures a band feeling confident rather than enterprising. That’s fine by me.

It’s a bit like a heavyweight boxer putting in a routine title defense. Yes he’s an adonis who could still rearrange your face with one arm tied behind his back, but he’s not quite as sharp or as chiseled or as powerful as when he’s in peak condition. Ultra Mono is a fine specimen of an album, but for me it isn’t IDLES’ best.

IDLES have been teasing their latest album over the summer, drip-feeding fans with the likes of “Mr. Motivator” and “Grounds” starting in May. Now Ultra Mono has dropped, and it’s proven to be stiff competition for 2018’s critically acclaimed Joy as an Act of Resistance.

This time around, Joe Talbot’s lyrics feel less confessional and more confrontational. “Model Village” takes aim at the small-town mentality that breeds hostility and division, while in “Reigns”, a menacing bassline assists Talbot in asking "How does it feel to have shanked the working classes into dust?" There’s some introspection too, as sweary love song “The Lover” thumps along at a terrific pace, and “Anxiety” makes for a does-what-it-says-on-the-tin mania that I could see fitting into their live shows perfectly. In attempting to put the world to rights in 2020, however, it seems Ultra Mono isn’t sure what to tackle first as it jumps from motivational to combative to forthright, trying to paint a landscape in broad strokes.

Underpinning Joe, the rest of the band never lets up, from the opening moments of “War”, where Jon Beavis’ machine-gun drums clatter through the entire track, to Mark Bowen and Lee Kiernan’s surging guitars in closer, “Danke", IDLES stamp, stomp, and stonk their way through forty minutes. Adam Devonshire can never be forgotten, often taking centre stage with brazen basslines in the likes of “Carcinogenic” and “Reigns”.

The odd one out here, however, is “A Hymn”, which makes for a refreshing change in the back half of the tracklist. Building from a tentative, muffled hook, to a sizzling, pacing suspense, to a lethargic, rolling rhythm, Talbot’s melancholic, emotional lyrics are mirrored perfectly in the music.

Ultra Mono has delivered. It’s raucous, unfiltered and powerful. I can’t deny it feels muddled at times, but it’s a cracking album nevertheless, and that speaks to the broad quality the five-piece have achieved and maintained. There are some real earworms here, and I’m dying to see some of them play out live in a packed crowd. For now, I’ll have to make do with annoying the neighbours and blasting this on repeat.

Favourite tracks // Mr. Motivator Reigns A Hymn
2020sidlesrockpunkjoy divisionjehnny beth
Receive monthly roundups of what we’ve been up to. Sign up for our newsletter ➔ 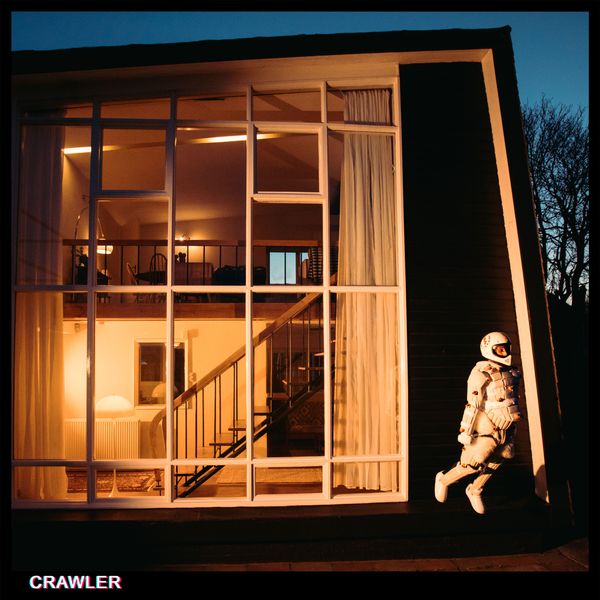