‘Pretty much everything about Unknown Pleasures was, and continues to be, a total fucking triumph in cathartic misery. It’s reassuring that a record so emotionally detached and theatrically passionate can still inspire music listeners in 2020.’

Day of the Lords

An undisputed landmark in the World of alternative music, Unknown Pleasures has spread its influence far and wide since its 1979 release. It is a definitive declaration of Gothic artistry that spawned a host of followers and imitators, and a perfect case of cathartic despair that continues to inspire artists of all genres: from skilful rockers such as Radiohead and Nine Inch Nails, to hip-hop darlings like Danny Brown and Vince Staples.

The record still feels sincerely disturbing – nothing about it is phoned in. Learning of the tragic story that led to Ian Curtis’ eventual suicide provides a layer of context that certainly enhances the bleakness, but the album is haunting enough without it. The exceptional “She Lost Control” – a song written about about the death of a girl who, like Curtis himself, was in a constant battle with epilepsy – shows the height of Unknown Pleasures‘ raw power. The sense of mania is truly captivating, and strangely addictive.

Mood and atmosphere is hugely significant, of course, but the brilliance of Unknown Pleasures is not restricted to style aesthetic. Musically, Joy Division still represent everything that is so alluring about post-punk. Bernard Sumner’s guitar riffs revel in simplicity, often layering gloomy textures over Peter Hook’s exquisitely catchy bass hooks. Stephen Morris’ busy drum work is a revelation, and arguably still a little undervalued. Together, Joy Division united to provide one of the most distinctive backdrops ever heard in contemporary music, and it served as a decisive contrast to the punk scene at the time. A cliché it may be, but the band really seemed to be in perfect sync, in spite of troubled times outside of the music.

Martin Hanner’s work on production duties was a revelation in itself, with an essential focus on space and ambience. Pretty much everything about Unknown Pleasures was, and continues to be, a total fucking triumph in cathartic misery. It’s reassuring that a record so emotionally detached and theatrically passionate can still inspire music listeners in 2020. This is the very definition of a classic.

Unknown Pleasures is a goliath of an album. More than 40 years on from its release it still feels like a one of a kind project. The sound, lyricism, and production amount to something Lovecraftian in its grandeur and unpleasantness. And the album’s concerns are human rather than cosmic, so in many respects it’s even worse.

Few albums better showcase the importance of production than Unknown Pleasures does. The mix compliments the music perfectly. It’s post-punk in the void. Be it “Day of the Lords”, which bubbles up from the blackest depths, or “Candidate”, in which string arrangements shriek and groan along in a wonderfully agonised way, the tracks take you to deep waters then pull you under.

It’s well convered ground, but mention must go to the bass sound. Now there’s a meat cleaver of a noise, fit for bludgeoning, and the guitars aren’t half bad either. Unknown Pleasures is what the ‘80s wish they sounded like. When the band gets harsh it gets really harsh, and when it gets weird- as it does at the ends of “Insight” and “She’s Lost Control” – it’s as if the whole album is warping out of shape and buckling at the joints.

Needless to say, Ian Curtis is astonishing. The voice of god couldn’t have more boom. It’s impossible to imagine Joy Division working without Curtis (indeed, it didn’t). Unknown Pleasures has a monstrously big sound and he still manages to loom over it. If the album is a storm then he is its thunder.

Unknown Pleasures still has a timelessness about it, and for all its solemn qualities it’s hardly a dirge. The album is exploratory in every sense of the word. It still feels brave in that sense. We’re accustomed to loneliness in pop music nowadays, but it wasn’t always so common. Joy Division brought misery to the masses in a way few have matched since.

Unknown Pleasures is a stand out classic for many. Having influenced music through the decades that followed, it’s clear that this debut album resonated with people. Regretfully, however, I’m not one of them and I’ve come away baffled by the almost unanimous praise.

From the off, I can certainly appreciate the guitar. Almost further upfront than the vocals are in the mix, Bernard Sumner has some catchy, often snarling hooks which make for good first impressions. But the deeper I get into the track the less I have to say about it and the same can be said for at least the first half of the album. Basslines throb and chug along but don’t seem to have much weight to them. Drum lines are tight but rarely get a chance to shine. In fact, no one involved in this half of the album seems to ever get a chance to let loose, each track teetering on some sort of climactic event throughout but never quite reaching the summit before the track disappears.

It’s side B, leading with “She’s Lost Control”, that things seem to liven up for. Finally(!) a punch, a bit of clarity and Ian Curtis’ vocals brought forward in the mix, it’s clear why this track has outlasted much of the album. But it appears to lead a mood change, as “Shadowplay” has a whack to its riff and a solid guitar solo, and “Wilderness” gives the bass a look in. “Interzone” stands taller than the rest though, as raucous guitar, combined with the vocal interplay make for a clear favourite of mine. It’s night and day between this and the first half, and it continues to bemuse me with each listen. Even the closer, “I Remember Nothing”, misses the mark, and while I understand that this and much of the album is meant to bring an atmospheric, gloomy aesthetic with it, I’m instead left feeling as though there’s never enough there to achieve that aesthetic, and that it takes rather a long time in trying to do it.

It’s disappointing not to click with a classic. Unknown Pleasures is almost definitely worth a listen regardless of everything I’ve said, maybe even more so. But for me, a 40-minute album with 10 minutes of fun is a hard sell and not one that I’ll be buying into again. 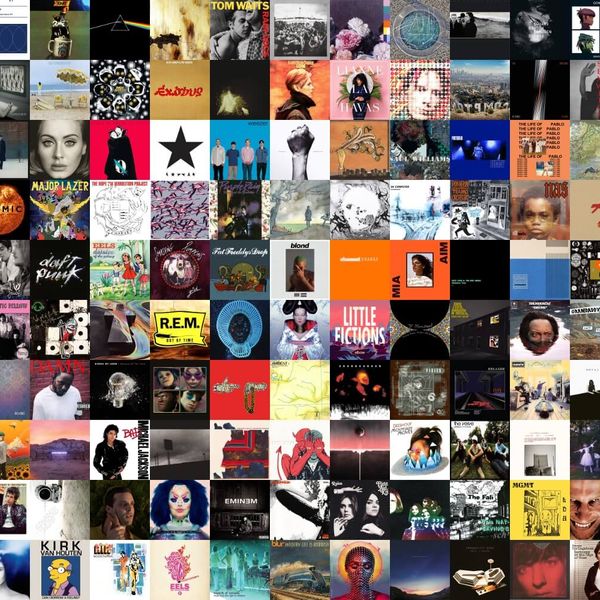