‘The general tone of the record never shifts, and as agreeable as that tone is I often find myself asking why it isn’t more. The album gives a far clearer impression of who Royal Blood want to sound like than it does what their vibe is.’

I Only Lie When I Love You

Hole In Your Heart

Royal Blood occupy a curious space. Their sound isn’t exactly substantial, nor is it the slightest bit original. It’s pop music, essentially, manufactured not just for Radio 1 listeners, but those who come from an alternative rock background too. The music is formulaic to the point of being predictable, with safe song structures being sustained by mammoth riffs and pounding arena-rock beats. It’s a deeply limited formula, but the sound is compelling enough for it to work. Their debut record took the UK by storm, and despite similar basic boundaries, their follow-up album How Did We Get So Dark? is an enjoyable ride throughout.

The immediate charm of Royal Blood lies in their hooks. Mike Kerr churns out colossal riffs for fun, and Ben Thatcher knows how to make them sound even louder. “I Only Lie When I Love You” is 3 minutes of the same tantalising groove, with only slight variations, and it sounds really great. “Hook, Line & Sinker” unleashes a riff that would make Matt Bellamy blush, before launching into a soaring chorus and a stonking outro. It’s an infectious sound. But outside of these tracks, the gulf in quality between verses and chorus’ is striking. The meat of every song is in its roaring chorus, and each verse only seems to exist because Royal Blood feel obliged to stick to the formula. “She’s Creeping” starts with a clumsy, lethargic groove, only to evolve into a funky chorus that stands as one of the album’s finest moments. It gets there in the end, but the balance isn’t quite right. Then there’s Kerr’s lyrics, which, frankly, aren’t even worth discussing. There’s nothing wrong with the vocal melodies, but he could be humming the whole way through and it would be as equally effective. The riffs are the real heart of the record, having more personality than any instance of Kerr’s mundane rhymes.

I’m not sure How Did We Get So Dark? is any worse, or even any better, than Royal Blood’s debut. It’s just more of the same. I’m willing to indulge that, but many people won’t be so lenient. The sheer stature of their sound is impressive, and they know how to deliver a killer chorus, but the novelty is starting to wear thin already. They won’t get away with it for album three.

Favourite tracks // I Only Lie When I Love You ­Hook, Line & Sinker ­Hole in Your Heart

The sensation I get when listening to How Did We Get So Dark? is similar to that of watching a Marvel film: entertained, but not terribly invested. The sound is solid, the choruses are catchy, the riffs hook, and so on. It’s all there. Elements of strong rock — in the vein of Muse and Queens of the Stone Age — litter the album, but they rarely have their own weight.

The character is far more impressive than the substance. The general tone of the record never shifts, and as agreeable as that tone is I often find myself asking why it isn’t more. The album gives a far clearer impression of who Royal Blood want to sound like than it does what their vibe is. It’s like a harmonic comfort zone. When Royal Blood push the envelope, as they do with the harmonies in “She’s Creeping” and the keyboard work on “Hole in Your Heart”, I get really into it, but most of the time I can’t help but feel like a target audience.

It feels somewhat unfair to give such a tight record a middling score, but I just don’t feel it. It’s all surface. Catchy, groovy surface. If that’s enough for you, there’s plenty of enjoyment to be had. Mundanity has never sounded so good.

There’s no point in burying the lead: If you liked Royal Blood’s eponymous debut, you won’t find any surprises to turn you off of their follow-up, How Did We Get So Dark? At 34 minutes, the rock duo has kept things short, sweet, and radio friendly. “Lights Out” demonstrates their continued ability to make a very big sound for a couple of people, with a raucous chorus that provides a satisfying hook.

Unfortunately, the album is barred from reaching any great height in all sorts of ways. The tracklist is pretty lyrically challenged for starters. “I Only Lie When I Love You” is a favourite of mine on the album, but can sound pretty awkward as lyrics twist and repeat their way through the track. Besides that, there’s not a lot of development from their debut, and in some ways the initial whack of enjoyment and novelty from the first album has dissipated.

I could complain more about elements of the album that could be different or have room for improvement, but it’s hard to do so when I enjoy it as much as I do. Royal Blood has produced an album that, despite everything above, really does hit the mark enough for me to return to it. Even the first few singles that I was unsure about have grown on me, especially through some headphones or a bass-heavy setup. I’m hopeful that the duo will find something to push forward their sound in the future, but for now, How Did We Get So Dark? is an album that thumps enough to continue getting played.

Favourite tracks // I Only Lie When I Love You ­Lights Out ­Hook, Line & Sinker
2010sroyal bloodrockpoppop rockmusequeens of the stone age
Receive monthly roundups of what we’ve been up to. Sign up for our newsletter ➔ 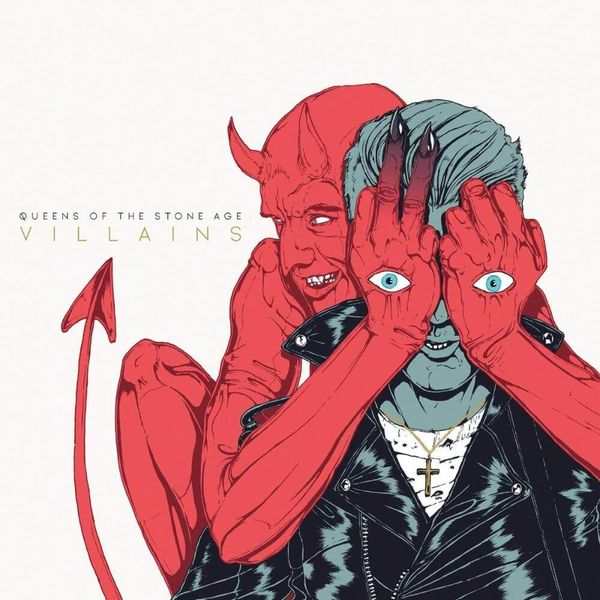