‘Homme’s quip that rock 'should be heavy enough for the boys and sweet enough for the girls' rings true here; there’s a near perfect balance of grit and finesse on ...Like Clockwork that surely makes it Queens of the Stone Age’s most accomplished work since Songs for the Deaf.’

The Vampyre of Time and Memory

…Like Clockwork is a welcome reinvention. The two Queens of the Stone Age records prior to this contained some great moments but were far from accomplished. As a longtime admirer of the band, I had growing concerns that Songs for the Deaf was to be their pinnacle work, forever unmatched in a growing discography. Whilst …Like Clockwork doesn’t have the special quality that makes Songs for the Deaf the hard rock classic it is today, it is a great album that brims with flair and creativity, and ultimately raises the Queens to new heights of relevancy.

Aside from a sketchy opening track, …Like Clockwork is as smooth a ride as you’ll ever experience. It is undoubtedly the bands most accessible album to date, and doesn’t sacrifice any of their tenacious swagger in achieving it. “I Sat by the Ocean” is a marvelous song with an effortless display of finesse, and “Smooth Sailing” sounds exactly like what Joshua Homme described as ‘trance robot music’ upon the bands formation in the late ‘90s: ‘to make something that girls could dance to, that had a freedom that Kyuss didn’t’. Indeed, Homme has had great ideas since the days of Kyuss, but as a songwriter, he has truly improved with age, and “I Appear Missing” is an emotive peak previously not seen on any of his albums. Fortunately enough, it absolutely excels.

With a beautifully diverse supporting cast, here is an album that revels in its musicianship. The drumming from Castillo, Theodore, and particularly Grohl is an absolute joy to be behold, at times a real throwback to the likes of “No-one Knows” and “Song for the Dead”.

To summarise, …Like Clockwork is a real treat; a necessary shot in the arm for one of the most respected rock acts of this generation. It doesn’t reach the intensifying highs of Songs for the Deaf, and it doesn’t try to, because Queens of the Stone Age have transformed. Gone are the days of Nick Olivieri shrieking down the mic to pulsating riffs; we now live in an age where Homme performs sensual piano ballads. And the crazy thing is, I’m no longer sure which is more satisfying.

There’s a whole lot to like about …Like Clockwork. It’s smart and sexy and revels in knowing it. Although the album draws from a ludicrous pool of talent (ranging wonderfully from the likes of Trent Reznor to Elton John), its voice still very much belongs to Josh Homme, who marshals the whole affair with swagger and verve.

It listens like a new lease of life, and it’s infectious. Although it doesn’t necessarily coax out a great deal of sentiment, it bears mentioning that for the most part it doesn’t try to. There’s revelry going on, and as a listener it’s just nice to be along for the ride.

Homme’s quip that rock ‘should be heavy enough for the boys and sweet enough for the girls’ rings true here. There’s a near perfect balance of grit and finesse on …Like Clockwork that surely makes it Queens of the Stone Age’s most accomplished work since Songs for the Deaf.

Queens of the Stone Age have always set the bar high with their albums, so …Like Clockwork had a lot to live up to. One could be forgiven for showing some brief concern at the album’s opener, “Keep Your Eyes Peeled”, which isn’t bad in any sense of the word, but takes its time to pack any punch, opting instead for a moody growl from the bass. Any concern is short lived however, with “I Sat by the Ocean” driving energy into the rest of the album. With a good variety of atmosphere from the likes of “The Vampyre of Time and Memory” and grit from tracks such as “My God is the Sun”, the album continues to surprise and grabs a firm hold on the listeners interest throughout.

While easily missed through its effortlessness, the talent on display through …Like Clockwork is as stunning as ever, with Homme’s vocals sounding strong and some of the instrumental performances, especially some of the drum lines, leaving it near impossible for the listener not to be impressed. It’s a brilliant album that doesn’t try to be anything more than anything deeper than an approachable, lively listen from start to finish and achieves that and more incredibly well without resorting to any watering down of the genre, something which has to be commended in and of itself. The extra bonus here? The album sounds excellent live — so go and see them. Grand and gritty throughout.

Favourite tracks // Fairweather Friends ­­The Vampyre of Time and Memory ­­Kalopsia
2010squeens of the stone agerockalternative rocknine inch nails
Receive monthly roundups of what we’ve been up to. Sign up for our newsletter ➔ 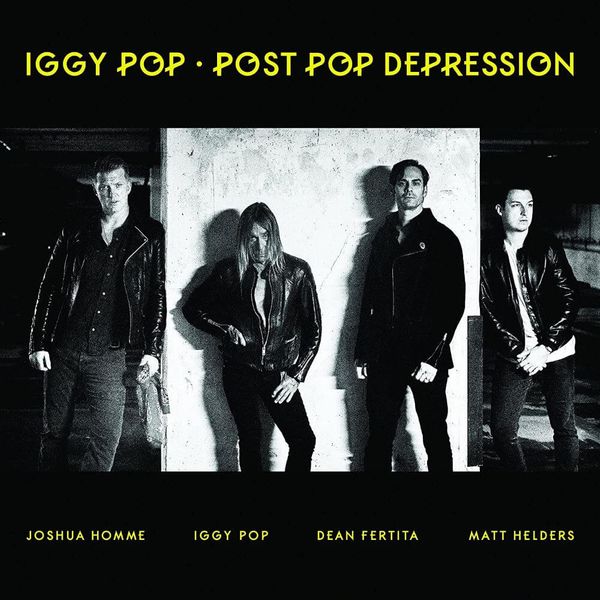 A solid Iggy Pop record, but with a lingering sense of disappointment that all the talent involved couldn’t create something more substantial.