‘Mark Ronson’s production makes things sound pristine, which is impressive from a technical standpoint but not always appropriate. It makes the music sound kitschy, like a gigantic quiff’s greatest hits. Which all seems a bit unnecessary given that Josh Homme could slur his way through a phonebook and still be the coolest man in the room.’

It’s universally known that Queens of the Stone Age are, almost certainly, the coolest band in the World. Born from the dust of legendary stoner-rock band Kyuss, the Queens obviously know how to rock hard, but they also know how to dance. A sense of playfulness runs through their entire catalogue, and they sure know how to have a good fucking time. Their impact on modern rock music is rather understated given their fine reputation, particularly now as Joshua Homme has made a name for himself as a producer, and not just a badass frontman.

For their seventh studio album however, production work fell on none other than Mark Ronson. As a long-time fan of QotSA, I was initially sceptical, particularly after listening to lead single “The Way You Used to Do”, which had all the components for a fantastic pop/rock song, but was let down by a static mix with an unforgivable lack of punch in the bottom end. For a band that usually gets their lead singles so right, this felt like a misstep. It would be unfair to put all the blame on Ronson, but Villains is guilty of similar production issues throughout.

Fortunately, Homme’s songwriting is generally on point, and the album is thoroughly enjoyable in spite of questionable post-production decisions. Whilst Villains is far from my favourite QotSA release, it’s probably one of their most consistent works. It opens with intent, striking a sharply salacious groove on “Feet Don’t Fail Me”, which would benefit from hitting that floor even harder. After the nursery rhyme-tinged imagery of “Domesticated Animals”, the group enter uncharted synth territory with “Fortress”, and it actually suits them down to the ground.

When the balance is right, Villains gets very close to be excellent. It seems so typical of a long-time fan to admit, but I do wish it had more of a dynamic authority. Imagine “Head Like a Haunted House” with the thunderous production of “Song for the Dead”? That would be fucking killer. “Un-Reborn Again” gets closest to achieving that grotesque-yet-sexy snarl that QotSA are so admired for, and it’s easily one of the best songs on the record. Not quite “No-One Knows” territory, but great nonetheless: a notion fairly representative of Villains as a whole.

The album is hardly a classic, but far too fun to be considered a disappointment. There’s a strange sense of sadness in hearing Homme’s devilish charm so constricted, though given the album’s artwork perhaps Ronson’s imprisoning production holds more significance than we first thought.

The new Queens of the Stone Age album is a bit dorky for me to get fully on board with. There’s a sentence I never thought I’d write. Villains dabbles in two new sounds: synthesisers and scrunchy Mark Ronson production. The first works, the other kind of works eventually.

Even with repeat listens, the first half of the album leaves me pretty cold. Although I understand groove is there, I don’t feel it. From the tepid boing of “Feet Don’t Fail Me” (which should be an excellent opener) to the compressed clangs of “Head Like a Haunted House”, the first half has an odd, dampening sheen to it. Mark Ronson’s production makes things sound pristine, which is impressive from a technical standpoint, but not always appropriate. It makes the music sound kitschy, like a gigantic quiff’s greatest hits. Which all seems a bit unnecessary given that Josh Homme could slur his way through a phonebook and still be the coolest man in the room.

That said, the later tracks make for a much prettier picture of the synth rock groovefest Queens seemed to be going for. “Un-Reborn Again” is comfortably the best track on the album, with lovely synth action and a looser, more tousled sound. “Hideaway” is no showstopper, but it’s alluringly different, with the vibrant, marauding bass proving a standout. The guitar on “The Evil Has Landed” sounds great. The closer, “Villains of Circumstance”, is a soaring rock-musical number that showcases how beautifully the album’s kitschy vibe works when it works at all.

Villains has enough going for it to be a pleasurable listen overall — I just find the tone restricts the experience. Mandatory fun is the worst kind, and in no universe should the word ‘lame’ come to mind when listening to a Queens album. Also, it feels its length a tad. Not enough to complain about, but enough to mention off-hand in a disapproving way.

Queens of the Stone Age have enjoyed a lighter, synth-laced sound in their more recent material, and it was a roaring success in their previous album, …Like Clockwork. This trend was bound to continue with Mark Ronson’s involvement in this latest outing for the band, but in places Ronson’s sheen teeters on the overbearing cliff edge.

Certainly in the first ten minutes, which features the lead single “The Way You Used to Do”, there’s a distinct lack of thump and a more agile bounce to the two opening tracks. It’s in no way offensive and grows on the listener with persistent listening, thanks in part to the catchy hooks in both tracks. This brighter tone reappears in “Head Like a Haunted House” later on in the track list, so it’s clear that this change in direction is more than a flirtation.

That said, the latter half of the album will likely have more of a resemblance to older QotSA material and it’s a welcome change of pace. “Un-Reborn Again” grumbles along and never outstays its welcome despite a near seven-minute playtime. Synths still tie the track together and the final two minutes, which pulls the instrumental back before letting rip with a rumbling bass and a horn section, makes for a satisfying track all round.

There’s no shortage of variety on Villains. With tinges of Bowie and dollops of pop-rock, it’s a fresh look for the band in many ways, but that doesn’t stop it from being a solid Queens album, even if I doubt it’ll ever be considered their best.

Favourite tracks // Un-Reborn Again ­­Feet Don’t Fail Me ­­Fortress
2010squeens of the stone agerockpop rockdavid bowie
Receive monthly roundups of what we’ve been up to. Sign up for our newsletter ➔

"Looks like Oaysis have competition." André and Fred's first impressions of 'As You Were', the debut solo album by professional manc Liam Gallagher. 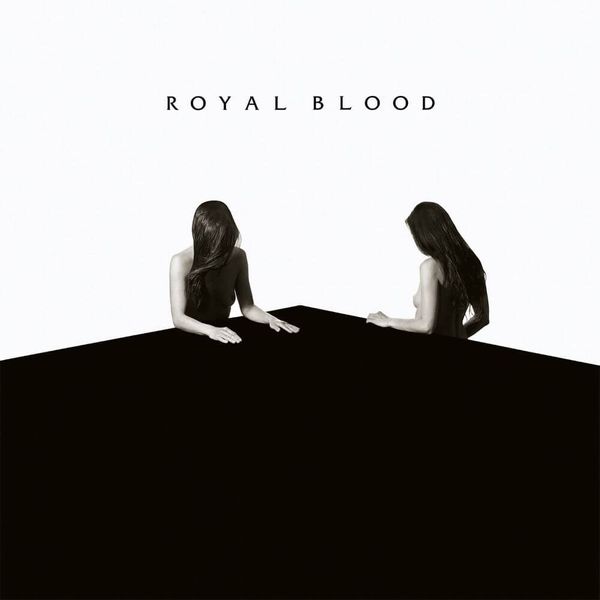