‘The aura of each composition is beautiful, yet there’s also the aching feeling of something missing. Ghosteen is quite stunning as an overall entitity. However, without specific songs standing out, it’s surprisingly forgettable.’

How do you even follow an album like Skeleton Tree? The 2016 release from Nick Cave & The Bad Seeds was beautiful, powerful, and utterly devastating. It stands as one of the most despondent records of recent years.

We now arrive at Ghosteen, where Nick Cave’s sorrow shifts into acceptance and slight optimism. Nonetheless, the mournful tone is retained, and despite Cave’s words feeling more buoyant than before, the ambience of Ghosteen is even more dejected. It seems that he’s made peace with that terrible tragedy in 2015, using the suffering to strengthen his stance on life itself. Cave’s captivating words are, without a doubt, the real highlight of the record. His delivery is amongst the most sincere and compelling in contemporary music.

That said, I generally struggle to fully immerse myself into the soundscapes of Ghosteen. The aura of each composition is beautiful, yet there’s also the aching feeling of something missing. Ghosteen is quite stunning as an overall entitity. However, without specific songs standing out, it’s surprisingly forgettable. The music often acts as an ambient backdrop, while Cave sings profound poetry with his powerful and distinctive voice.

I wish the music itself did more, instead of delegated to the role of a (highly gorgeous) film soundtrack. Despite my passion for ambient music, I yearn for structure, and at least a memorable melody or two. It seems sacrilegious to ask for more, given the artistry and emotion already on display, but even Skeleton Tree had the odd chorus here and there. I’m in awe of Ghosteen and its ambience, and I’m captivated by Cave’s words. I just wish I felt more for the music.

Nick Cave & The Bad Seeds have clearly entered a new era, with Cave and Warren Ellis taking the music away from rock and closer towards avant-garde and ambient music. Such alterations should generally be celebrated. I think my issues with Ghosteen derive from a personal tolerance to the aching soundscapes. Skeleton Tree was one of my favourite records of 2016 because it took Cave’s grief to a number of different places, musically speaking.

Ghosteen generally sticks to the same rhythm. There’s nothing like “I Need You”, and certainly not anything as percussive as “Anthrocene”. I understand completely why the record resonates with certain listeners, and it will surely go down as one of 2019’s most striking moments. However, unless I really require something to indulge my despair, I don’t see myself returning to it all that often.

This is the third Nick Cave & The Bad Seeds album we’ve reviewed, and despite swathes of beatiful moments I still don’t really feel like I understand them. Cave is a natural frontman with his own — increasingly heavy — centre of gravity, while The Bad Seeds are as loyal as any companions going. The group’s a heavy duty outfit for sure, with plenty purring under the hood, but it rarely seems like they’re firing on all cyclinders.

So in a lot of ways Ghosteen doesn’t surprise at all. The album listens like a book of gothic poetry in sonic form, with the band bleeding into the space around Cave’s vocals. It’s like a fable on opium. This makes for a seductive opening, with the first couple of tracks casting a thick and heavy spell, but the album does struggle to progress from there. Gravelly streams of consciousness in an ambient dream world can be very beautiful, but they can also, dare I say it, be very samey. It’s a muggy affair.

I want to unconditionally adore Nick Cave, I really do, but I’m again left thinking the project would have benefitted from more Bad Seeds. As was the case in Let Love In and Skeleton Tree, the best moments are when Cave stops muttering and the band starts playing. The crescendo of the title track is gorgeous, as is the mood set by the opener, but that’s as far as my memories go. It’s another slow, broody Nick Cave show. Those ready to like it will like it. Those unconvinced will likely remain so.

You can trust Nick Cave and his Bad Seeds to create brooding, atmospheric, suspenseful music. If you’re big on that style and its vocal pairing of shimmering, billowing epics, Ghosteen has a lot to like.

Making for a strong start, the likes of “Bright Horses”, “Night Raid” and “Sun Forest” are definite highlights here. Each with their own ebb and flow, “Sun Forest” swells with washes of beautiful string and backing vocal arrangements, while “Night Raid” gracefully floats along with its main theme. In the right mood, Ghosteen could have you pensive and reflective. That said, I’ve found this a difficult record to get through on many occasions. At 70 minutes, it delays its exit a touch too long for my taste, and that isn’t helped by the sedate pace or the often sparse, evolving instrumentals that complement Cave’s vocals.

The second half of the album, a three-track, 30-minute affair, doesn’t help much either, leaning further into the same characteristics. Midway through “Hollywood”, things feel as though they may take a turn or twist, with a droning bass line that begins to twitch, potentially signalling something bigger to come. But, as with much of the album, nothing ever does emerge. The track continues to simmer to its conclusion.

I’m by no means expecting a surprise big band breakdown or a cacophonous electronic frenzy to materialise, but Skeleton Tree gave some variety, seemingly allowed the Bad Seeds to do more with the instrumentals and, of course, gave us the beautiful Else Torp feature, all while packaging it tightly into forty minutes. Ghosteen instead demands more for a less eventful payoff and that makes it a hard album for me to return to.

For fans, this may well be exactly what they want from a Nick Cave album. Technically excellent, Ghosteen far from besmirches their discography, but it’s unfortunately not my cup of tea.

Favourite tracks // Bright Horses ­­Night Raid ­­Sun Forest
2010snick cave and the bad seedsalternative rockelectronicambient
Receive monthly roundups of what we’ve been up to. Sign up for our newsletter ➔ 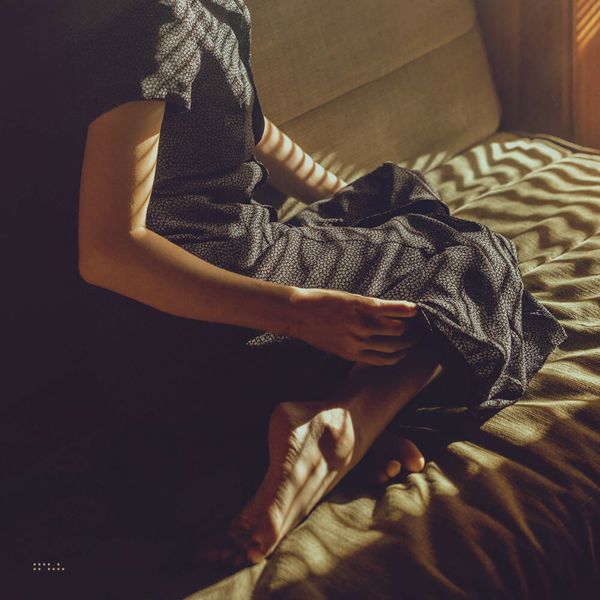 This is ambient Muzak. For all its smoothness and gentleness it barely leaves any impression at all.