‘Tension lingers in each song, and never threatens to vacate until the closing number. The record is defined by its desolate atmosphere, underlined by instrumentals featuring elements of ambient and drone music.’

2016 has been a harrowing year for music. Legendary artists have left us — some in dramatic fashion — whilst others have delivered their bleakest offerings yet. Skeleton Tree, the latest record from Nick Cave & The Bad Seeds, falls right in line. Deep, dark, and despondent, it is a suitable representation of a largely distressing year in the music sphere.

For Nick Cave however, it represents love, loss, and the strength in moving on through the times that seem utterly hopeless. Cave lost his 15-year old son during recordings, and although a large portion of the album was written and recorded prior to the tragic incident, the aura of Skeleton Tree is one of grief and mourning. Cave confronts death and its resulting devastation to form a record that can be a testing, but often beautiful experience.

Tension lingers in each song, and never threatens to vacate until the closing number. The record is defined by its desolate atmosphere, underlined by instrumentals that feature elements of ambient and drone music, which are often effective, but can also be its sole downfall. Though Skeleton Tree starts and ends strongly, the middle portion does feel a little lost due to the loose structure of songs that would have benefitted from tightening. At times, the final effect can feel like Cave narrating over ambient soundscapes, as opposed to an actual record from The Bad Seeds. It feels, appropriately, like an open wound. It’s entirely possible that such trauma can impede on creativity rather than inspire.

Skeleton Tree is still a great record in spite of that, and contains some wonderful moments. The one-two combination of “I Need You” and “Distant Sky” is breathtaking, heartbreaking, and potentially overwhelming if you enter it with a frail state of mind. These songs ache, and they bleed. They play with a crushing devastation that is practically impossible to describe. When Cave declares that ‘nothing really matters,’ in his tortured, trembling tone, you’re inclined to agree. Despite its limitations, Skeleton Tree will be looked back on as one of 2016’s most powerful instances of human expression.

Favourite tracks // I Need You ­Distant Sky ­Girl in Amber

Skeleton Tree is a moving, frequently poetic eulogy and deserves all the reverence it has been met with. However — and I’m not alone in thinking this — it doesn’t always hit the mark as an album. There’s something lacking in it that doesn’t inspire me to come back. I wish my first listen to Skeleton Tree had occurred without any knowledge of the story behind it. I’d be interested to know what I’d have made of it then. Its general quality is unquestionable, magisterial in its grief. There’s a black magic to Nick Cave’s lyrics and delivery reminiscent of The Doors and Johnny Cash. The music, thick and heavy, slicks along like oil.

That said, I don’t think it’s a coincidence that our favourite tracks align as neatly as they do. When the soaring comes — a la “Rings of Saturn” and “I Need You” — it’s wonderful, but it’s also a relief. Skeleton Tree at its best is mystic and beautiful, the rest of the time it is tolerably sluggish and miserable. Which is completely understandable, of course; it just doesn’t hold you in the same way. Listening almost feels intrusive, like seeing someone weep. It makes for a striking product of grief, but a record that doesn’t always sit right.

Nick Cave has created an atmospheric, sombre listen with his latest release, Skeleton Tree. The tragic events that Cave experienced during recording have clearly had some impact here, but there is more to find than just an album of personal grief. Skeleton Tree is a heavy listen for sure, and an album that I found I could only appreciate with my full concentration given to it.

It’s production and instrumentals are raw and hectic in places and draw from ambience and jazz frequently, with chaotic rhythm sections and drones forming the core of several tracks. Some of these instrumentals, such as the performance in “I Need You” are a joy to listen to; warm and silky, they juxtapose Cave’s bittersweet vocals. Elsewhere though, you’ll find dissonance and experimentation which gives certain tracks, such as the title track, a slightly sinister, eerie, and sombre atmosphere. “Distant Sky”, a rare duet from Cave with Else Torp, makes for one of the most beautiful, emotionally charged moments across the tracklist, with lyrics that could certainly be intended as poignant catharsis. The slightly looser structure allows for further experimentation with Cave’s vocal too, with tracks like “Rings of Saturn” and “Girl in Amber” seeing him edge towards a spoken word delivery.

For me, the middle of the album is where I get lost a little, with all these elements coming together to blur the edges slightly, and this reduces the impact of “Magneto” and “Anthrocene”, though admittedly, this blurring may’ve been intentional, at least in the case of the former. Skeleton Tree certainly has a lot that can be dissected but it can also be a bit of a fortress. If you’re ready for for such a listen and prepared to delve deeper though, you’ll get something rewarding from this album.

Favourite tracks // Distant Sky ­Rings of Saturn ­I Need You
2010snick cave and the bad seedsalternative rockdavid bowieradioheadavant garde
Receive monthly roundups of what we’ve been up to. Sign up for our newsletter ➔ 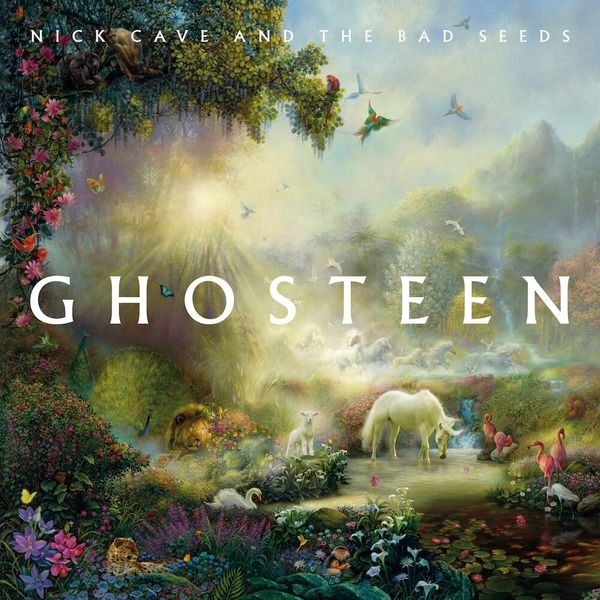