‘IDLES’ most considered, sonically thoughtful, and complex release to date, and it manages to take the band down a new path without sacrificing what we all already love about them.’

While Ultra Mono was almost a ‘best of’ what IDLES have come to be since their debut, from the first few bars of “MTT 420 RR” it’s clear that Crawler will treat us to something different. Much more introspective than the preceding album, which was full of raucous crowd-pleasers, we’re finally getting an insight into Joe Talbot’s personal history rather than just his politics. It’s predominantly an album about addiction, with Talbot following the instructions he’s been proferring throughout IDLES’ back catalogue to love yourself by sharing your emotions and being unashamed of everything that makes you who you are.

It’s raw, emotional, heart-wrenching and rowdy in all the right places, branching off into a new territory that’s a narrow escape from the typecasting I was concerned about after Ultra Mono. Some tracks, like “The Wheel”, “The New Sensation”, and “Stockholm Syndrome” bring the classic, fun punk IDLES are known for, while others are deliciously tinged with the kind of post-punk and post-hardcore that really lights a fire in my stomach.

“Car Crash” is, I think, quite possibly one of the most mature and intricate tracks IDLES have ever made. Thematically it returns to the near-fatal collision scene of the opening track, told this time from inside the mind of Joe as he gets behind the wheel, the nails-on-a-blackboard guitar, haunting reverb, and tension-building vocals giving way to a quite viscerally upsetting ending. Then, just as you think the band’s gone all serious and the foot-stomping, mosh-pitting days might be over, “The New Sensation” comes along with the classic punk riffs, on-the-nose political commentary, and festival-ready chanting vocals we know and love — and I’m already grinning at the idea of Mark Bowen twisting his hips to those Rishi Sunak-ripping lines in the second verse. “The Beachland Ballroom” is another divine diversion from the norm, almost immediately answered by “Meds” which could have easily been a bonus track on Joy as an Act of Resistance - nothing but a good thing in my book.

Crawler is certainly IDLES’ most considered, sonically thoughtful, and complex release to date, and it manages to take the band down a new path without sacrificing what we all already love about them. It’s not a complete pivot but rather a prudent transition, proving IDLES have so much left in their tank. I can’t wait for more.

As much as I enjoyed Ultra Mono last year, the record did leave me with a touch of IDLES fatigue. Crawler (their fourth release in five years) probably would have slipped under my radar if the others hadn’t told me something wonderful: it seems IDLES have IDLES fatigue too.

Crawler listens like a leap forward. The deliciously loud, barbed, bangy IDLES blueprint is still well represented across the track list, but it’s intermingled with expansive - dare I say progressive - cuts. Be it the gentle yet delirious opener “MTT 420 RR” or the flittering synth loops of “Progress”, the record goes places I didn’t even realise I wanted from IDLES. Instrumentation is given enough space to make itself comfortable, and it turns out Joe Talbot can not only scream and shout with the best of them, but has the voice of an angel too. A tattooed punk angel.

The mix of genres doesn’t always sit right. Sometimes the record sounds like a highbrow punk/post-punk hybrid, others like a clattering muddle. Either way it’s hard not to get swept up in the current. IDLES are prolific, yes, but only because their creative juices are flowing. Crawler is further testament to that - a breath of fresh air from a band that was bullshit-free to begin with.

I saw IDLES for the fourth or fifth time in the summer, and I caught myself feeling bored. It’s no mean feat for a band to be so much fun that I’d gladly catch them any time they’re in town, and my over-exposure to their brand of ‘not a fucking punk band’ is more my fault than theirs, but just a few months ago I was starting to wonder if I was over it. Ultra Mono’s singles were on repeat for months on end, but I never found myself going back to the album itself. Outside the bangers, I felt that the band were starting to pigeonhole themselves into being the right-on paragons of virtue that a growing number of voices were calling them. Been there, done that.

And then Crawler blew all that shit out of the way. What an enormously great album this is. By switching gears to accommodate heartbreaking introspection over broad maxims for better living and loving, the sheer darkness of this thing takes the IDLES energy and draws out more of what made them so compelling in the first place. Kenny Beats and Mark Bowen’s production is nastier, sharper, and heavier than anything they’ve done since Brutalism, and the guitarist-turned-producer’s ear for simple but energising melodies helps to retain IDLES’ identity during this left turn.

Joe Talbot’s lyricism is dense and inspired, devoid of cliches and rich with a spiritual heft that solidifies the desperation, longing, and anguish of the subject matter. Its aided by his improved singing, with the refinement bringing more solemnity and serenity to the album’s quieter moments, but his growls and roars are no less potent for it. More generally, there’s more restraint being levied between the louder sections than in Ultra Mono, with less emphasis on earworms and bangers and more interest in speaking to something deeper. There’s so much depth and character beneath their trademark bombast, and Crawler has been an awfully welcome reminder.

It’s all very, very satisfying, but not in the foot-stomping, fist-raising way I’d come to expect. I come back again and again for the relentless drive of “”The Wheel”, the haunting, fractured “Progress”, the devastating cries of ‘Damage, damage, damage’ on “The Beachland Ballroom”, and everything before, in-between, and after. What a mug I was for doubting them.

Favourite tracks // Progress The Wheel The Beachland Ballroom
2020sidlespunkpost punkelectronicjoy division
Receive monthly roundups of what we’ve been up to. Sign up for our newsletter ➔ 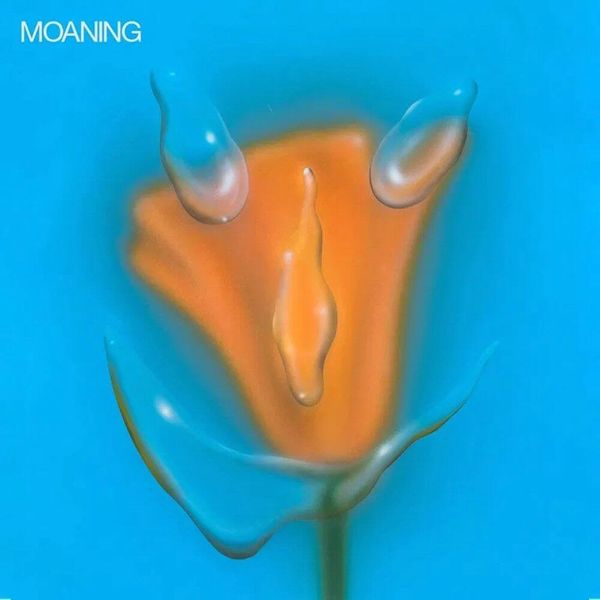