‘As far as straight up heavy metal goes, I think Black Sabbath's Paranoid is one of the very best. It's very sincere and reliably silly. And when it rocks, it fucking rocks.’

Metal is a funny thing. It was funny 50 years ago, and it’s funny now. Often absurd, sometimes comical, and, every now and then, rather spectacular. My favourite records within the genre are those that come within sub-categories that emerged in the ’90s and beyond: the likes of The Downward Spiral* (industrial metal), Toxicity (nu-metal), and Dissociation (mathcore) to name but a few. As far as straight up heavy metal goes, I think Black Sabbath’s Paranoid is one of the very best. It’s very sincere and reliably silly. And when it rocks, it fucking rocks.

This year we celebrate Paranoid‘s 50th anniversary, which is quite an astonishing feat. Whilst the mixing shows signs of age, the songwriting, dynamism and instrumental finesse certainly does not. “Iron Man”, “War Pigs” and of course “Paranoid” still stand as some of the most thrilling metal songs ever recorded. The former of those opening up with a robotic vocal effect that still incites the sweetest hilarity. It’s really no surprise that the outlandishly inventive hip-hop star Danny Brown uses this introduction as his walk-on music.

So Paranoid is still very good, then. This much is widely well-accepted, as it’s often cited as one of the most influential metal albums ever made. Inside of Paranoid you hear shades of what was to come from Metallica and Nirvana, and its success was partly responsible for an entire musical culture. I suppose there’s only so far you can go with melodramatic lyrics and protracted solos of the minor-key, and I suspect my criticisms of the record is as much to do with heavy metal as a whole.

Overall, I still find it to be one of the most gripping records of its kind. It defined much of what was to come, and for that we should be tremendously thankful.

A type of YouTube channel has really taken off over the last few years in which they restore things. Old gizmos are dug out, treated for rust, and painted to look like new. The items that features in these videos – vices, mining lamps, lighters, things like that – are often dated and clunky, but boy are they well made. After decades in some field somewhere the nuts and bolts of the things still work. Paranoid feels a bit like that. It’s built to last music; a cast iron album with a thin coating of rust.

Is it a little old fashioned? Sure. It’s not as flashy as newer products on the market, but the quality of the craftsmanship is beyond question. Black Sabbath are such a strong unit. Every track is a meticulously planned and emphatically delivered metal music extravaganza. “Iron Man” is the flagbearer in that sense, its riff and rhythm grinding forward while Ozzy Osbourne delivers one of the nerdiest rock epics I’ve ever heard. Paranoid is relentless, almost to a fault. Despite the album’s fairly modest 42-minute runtime it does start to flag before the end. Spells in tracks like “Planet Caravan” and “Hand of Doom”, where the band stretch out and have a good brood, are welcome reprieves.

The production is what dates Paranoid. For all its craft the album does feel awfully rusty. No great sin given it’s 50 years old, but even by 1970 standards the mix is pretty unexplosive. For all the vigour shown by the band, the overall impact is oddly tempered, tight even. A little abandon would have gone a long way. The nuts and bolts are a thing of nerdish beauty, but the sheen just isn’t there any more.

In the half-century since its release, the framework laid by Paranoid has been built upon to such an extent that I wouldn’t call its ‘heavy metal’ tag particularly enduring. By today’s standards, the heaviness feels incredibly restrained – the crunch of the guitars hasn’t been mixed to offer the qualities of a club to the head, the vocals never resort to loosely controlled wails or screams, the lyrics only allude to the occult rather than brandish it as the (pentagrammed) star of the show. It’s refreshing to listen to a metal album that has all of the composite elements of such without the dials on each of them having been cranked to 666 – how odd to find refreshment in an album that came out within months of the moon landings.

For such pioneering work, Paranoid lacks self-importance and bears the instincts of musicians who know when to shut up and move on. There’s never a dull moment during or between tracks, with riffs and melodies shifting on a dime at a moment’s notice to recapture interest and show off something new. The frenetic “Iron Man”

is so iconic that I thought it couldn’t surprise me, but its dual guitar solos, cuts between tempos and tones, and undeniable playfulness have all made me lament that it’s perhaps best known for housing Sabbath’s best known riff. The album’s layout manages to bottle the qualities of each track and make them glisten against the others; a key example coming through the moreish momentum of Paranoid being magnified by playing in advance of the stretched, languid and casually creative composition of “Planet Caravan”.

As such an early example of the genre, I get a lot from the innocence of Paranoid – ironic, given the claims that it triggered a wave of Satanism among the ever-impressionable youths of the day. Last year’s most acclaimed metal album, Gold & Grey, was an overwrought howl-fest that couldn’t bear the weight of its own obnoxious sincerity. You’d be hard-pressed to say the same of Black Sabbath’s sophomore album. Paranoid offers the space to enjoy its intricacies, even if the mixing could have been slightly more thoughtful, and it’d be nice to more regularly encounter this quality in contemporary vanilla metal.

Favourite tracks // Iron Man ­­Paranoid ­­Planet Caravan
1970sblack sabbathmetalnine inch nailssystem of a downthe dillinger escape plannirvanabaroness
Receive monthly roundups of what we’ve been up to. Sign up for our newsletter ➔ 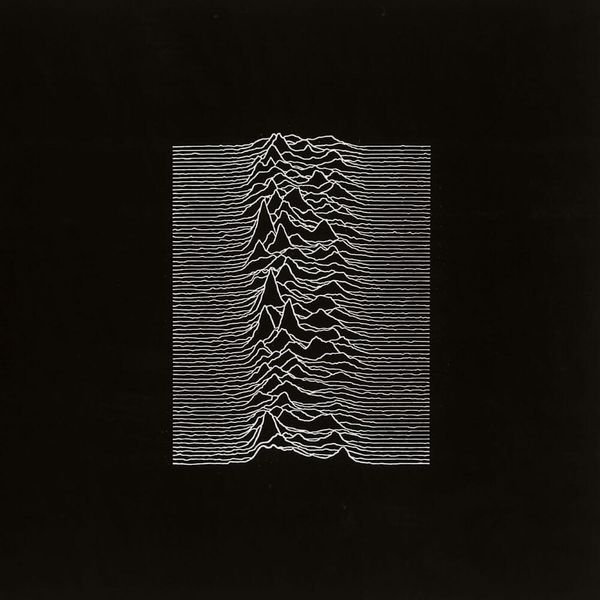