‘It may not be the best in its class, but Toxicity still has a charm to it. With several stand-out tracks and variations that set it apart from the pack, the record is a worthwhile listen for a turn of the century flavour of metal.’

Toxicity is a highlight of the nu-metal wave of the early 2000s. It’s a restless, prickly record, bouncing between different ideas at such a rate that the experience is as much an uncontrollable adrenaline rush as it is anything else. Most of System of a Down’s music hasn’t aged particularly well, but Toxicity has aged gracefully compared to the group’s other studio albums. Whilst there’s no escaping the ’00s nu-metal sound, the subject matter is as disturbingly familiar now as it was then. Toxicity provides a high-octane, hysterical thrill. It has its gimmicks, though the tricks are far subtler here than anywhere else — particularly in comparison to their two 2005 albums, Hypnotize and Mesmerize.

Serj Tankian remains one of the most distinctive singers in modern rock. On Toxicity his vocals are expressive and dramatic, and sometimes hilarious. He’s theatrical without sounding ridiculous, with “Psycho” being the sole exception (unfortunate given the fantastic instrumental). Goofing around with exaggerated, chugging guitar riffs is a SOAD trademark, but on Toxicity, the band sometimes go further. The album’s three singles — “Chop Suey!”, “Toxicity”, and “Aerials” — have that extra weight behind them. The latter finds Tankian at his most spiritual, whilst Daron Malakian’s guitar work is measured, refined even. That being said, I get as much enjoyment from the likes of “Forest” and “Bounce” as I do the more poignant numbers. The balance on Toxicity is just right in that sense.

The band initially wrote over 40 songs for the record, and you can tell their creative juices were well and truly flowing. The transition (or lack thereof) from “Deer Dance” to “Jet Pilot” is not just riveting; it alludes to unrestrained greatness. The album’s a peculiar beast: overwhelmingly extravagant, relentlessly exciting, and outright entertaining.

System of a Down hold an unusual place in many people’s personal musical history. Listening to Toxicity in the latter part of 2018 it is clear to see that it is very of the time. Having said this, back in its 2001 release it felt like a fresh, Armenian infused injection into an otherwise homogenised heavy metal scene. From their first self-titled release in 1998 it was clear SOAD had a distinct sound. One still recognisable and rarely imitated today. Toxicity is no exception.

The drop C tunings and syncopated guitars are all hallmarks of heavy metal, but Serj Tankian’s vocal delivery is not. The rhythmic quality to his delivery often matches the guitars wonderfully, as heard in “Psycho”, “Chop Suey!”, and many others. Another of SOAD’s charming characteristics is their clear folk influence, or more specifically Armenian folk. They make use of chromatic and pentatonic riffs in both the vocals and guitars and it works wonderfully against the slugging guitar sounds.

There are some excellent tracks on this record, most notably “Forest”, “Shimmy”, and “Toxicity”. However, this record does fall short in many areas. There is little variation in production or timbre. They may as well be using the same two guitar pedals through the whole album; one crunch, one clean. This isn’t always an issue, but it makes the weaker tracks fade into background with little to say for themselves. Unfortunately this is the case for most of the first half of the album. Lyrically, SOAD can be visually evocative, as heard in “Toxicity”. Other times this record is so on the nose I find it hard to listen to, as is the case with “Prison Song”. If you want to make a politically driven song, spoken word interludes are no substitute for clever lyricism.

Part of me feels the record could be shorter in track length. Some of the 1-2min songs do not seem worth their while. However, overall this is a fine record from SOAD and arguably one of their best, with some wonderfully written guitar riffs and excellent vocal delivery.

Released at the turn of the century, System of a Down’s second album dropped in a period full of metal and guitar music, but the variety of influences in the mix and the moments where the band are playful with their music make an album that still holds up today.

The opening portion of the album takes its time to hook me in. While the opener, “Prison Song”, is so on the nose you can’t forget it, and “Deer Dance” and “Jet Pilot” are both notable for the variety of vocal styles, rhythms and tones they each pack in, it isn’t until the mid-section of the tracklist that Toxicity hits its stride. Lead single, “Chop Suey”, a track now synonymous with the band, is a dramatic, chugging ball of agitation that makes for a good listen despite sounding very of its time. “Bounce” is a similarly hyperactive affair that does as the title suggests and bounces through its two minutes, injecting some fun into the proceedings. “Forest” is a definite highlight for me, with a chorus vocal that rings out and a stonking verse to boot.

It would be easy to keep mentioning highlights of the second half. “ATWA”, “Shimmy”, “Toxicity”, and “Psycho” are all great tracks and the hidden tune at the end of “Aerials” makes for a palate cleanser, taking an entirely different turn and providing more insight into the album’s influences at the periphery.

It may not be the best in its class, but Toxicity still has a charm to it. With several stand-out tracks and variations that set it apart from the pack, the record is a worthwhile listen for turn of the century flavour metal.

Favourite tracks // Forest ­­Shimmy ­­Bounce
2000ssystem of a downmetalnu metal
Receive monthly roundups of what we’ve been up to. Sign up for our newsletter ➔ 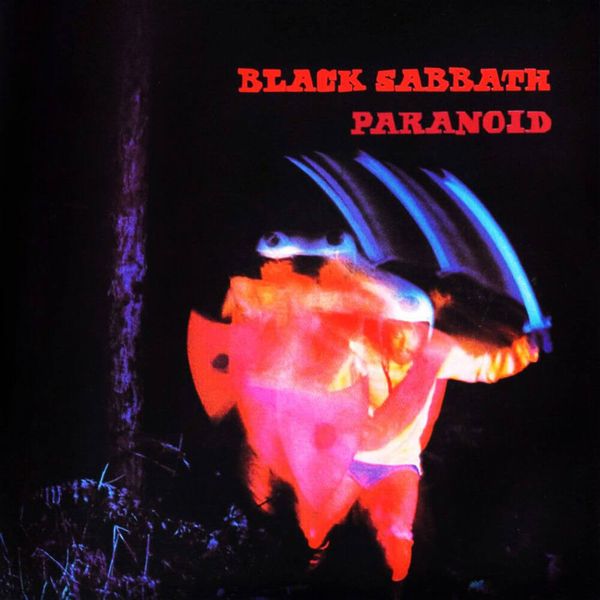 As far as straight up heavy metal goes, Black Sabbath's Paranoid is one of the very best. It's very sincere and reliably silly.