‘An exhibition of seemingly boundless creativity, each track distinct, original, and memorable. Despite the liveliness, the album has a consistent thread of lounge-esque chill throughout — sit back and relax, you’re in the best of hands.’

There hasn’t been a rapper or group before or since A Tribe Called Quest that has matched their knack for worldly whimsy. Midnight Marauders is, for me, Tribe at the peak of their powers, and the result remains staggeringly original 25 years later.

Midnight Marauders’ tracklist is an exhibition of seemingly boundless creativity, each track distinct, original, and memorable. Despite the liveliness, the album has a consistent thread of lounge-esque chill throughout — sit back and relax, you’re in the best of hands. Q-Tip and Phife Dawg share a bold and knowing sense of humour, delivered with certainty but never getting too serious.

The beats, samples, and Ali Shaheed Muhammad’s production defy hyperbole; the sum is a dense but warm use of space punctuated with hooks too catchy and well-developed for boredom to ever check in. “Electric Relaxation” is the highlight of highlights, bursting at the seams with clever wordplay, wry jokes, and impeccable flows on top of some of the finest beats of their discography. Besides that, it’s hard to single out other tracks for praise that couldn’t be directed at any one of them; each one flies with its own genius but casts no shadow on the rest.

Midnight Marauders has aged without losing any of its vibrancy, and if anything its flavours have only deepened over time. A Tribe Called Quest hadn’t missed many beats over the course of their first two albums, and to do it again here feels only right given the indomitable confidence of Midnight Marauders’ songwriting. For me, their third album is a coming of age for a group so novel that a quarter century hasn’t seen a convincing replica. Keep bouncing.

Midnight Marauders is possibly the most sumptuous hip hop album I’ve ever listened to, which makes it all the stranger that I can’t pinpoint most of what happens. It’s relentlessly, casually cool. The record serves up a steady stream of excellence, a hazy, luxurious world of supple grooves and easy flows. Its ‘program’ opens with hopes that what follows will be ‘precise, bass-heavy and just right.’ It delivers and then some.

In a genre often defined by a kind of crass fury, A Tribe Called Quest look on with the wry calm of a group who’s seen it all. It’s a witty album, but never comic. We (read: I) have railed against artists in the past for slipping into the realm of silliness. Midnight Marauders, in contrast, is dignified, almost solemn. Oftentimes — in the midst of any given track — it feels like hip hop’s answer to Kind of Blue, where no two listens are truly the same.

Midnight Marauders is not an album of smash hit songs, nor one of shock value. Like many of the best records, it weaves a sonic world and invites you into it. It would be near impossible to dismiss this as crass or ‘offensive.’ It doesn’t have the edge of something like Straight Outta Compton, or more recent masterpieces like To Pimp a Butterfly, but what it lacks in bite it makes up for in warmth and sophistication. Midnight Marauders is a magnificent record. Every listen is a privilege.

At a quarter-century old, you could forgive an album for sounding a little tired to the modern listener, but Midnight Marauders needs no such apology. From the quirk of the latin-jazz interludes to the hooky instrumentals to the lyrical interplay between the four members of A Tribe Called Quest, Midnight Marauders remains fresh and engaging.

Pulling samples from a variety of sources and taking time to add some nuance to their sampling, the group have created distinctive and immediately striking instrumentals. Interludes are distinctly different too, punctuating the album with a unique mix of 60s latin-jazz and a digitised, female tour guide. Q-Tip’s attention to detail throughout makes for a huge payoff, and tracks like “Midnight” and “Lyrics to Go” make for some of the best moments on the album because of their beats. “Award Tour” and “We Can Get Down” get special mentions for the sunshine-soaked sampling on show. The whole tracklist is a delight to get lost in, and the rougher edges that are left in only make for a warmer sound.

Lyrically, Midnight Marauders doesn’t pull any punches either, approaching culturally relevant topics with a more relaxed stance than their contemporaries. “Sucka Nigga” sticks out for its lyrics, which manages to hold a balanced debate while performing lyrical gymnastics along the way. “Oh My God” also has some twisting turns of phrase that can’t go without mention. The group bounce off one another effortlessly, and all four sit into the groove of the beat. It’s a winning formula that makes for an easy listen.

It’s remained on repeat all week, and no doubt it’ll stay that way down the road. Packing exceptional production with brilliant lyrics, Midnight Marauders is an essential listen.

Things Fall Apart is a fluid, continuous listen: understated to the point of being an excellent backdrop, which is both a blessing and a curse. 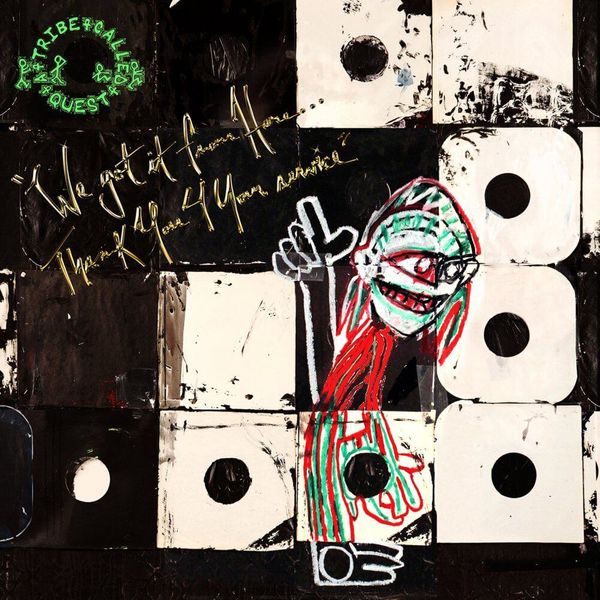