‘The songwriting, performances and production are all top notch. But my word is it sterile. The majority of these songs wouldn't feel out of place in an advert for Google, such is the clinical nature of their formation.’

Kooky indie pop rarely appeals to my senses. That said, Vampire Weekend’s music has always seemed to be transcend the regularities of the genre. Astute, stylish, and of course catchy. After the departure of founding member Rostam Batmanglij, the band return a man down for their fourth record. And with some reasonable success.

Father of the Bride is good, mostly. The songwriting, performances and production are all top notch. But my word is it sterile. The majority of these songs wouldn’t feel out of place in an advert for Google, such is the clinical nature of their formation. The album is playful in its own restrained way. “Sympathy” stands out because it’s loose, and all the better for it. The scat breakdown on “Sunflower” is memorable for the very same reason. “Harmony Hell” and “This Life” are undoubtedly good songs, and sufficient showcases for what Vampire Weekend can do in the indie pop sphere. It’s a shame that I’m a cynical bastard who can’t get past the sheer sanitariness of them.

As with every double album in history that isn’t Songs in the Key of Life, Father of the Bride suffers from a few failed experiments. There aren’t any catastrophic moments, but the range in quality is notable nonetheless. It feels like a scrapbook of ideas, for better or worse. To that point, the album feels like a collection of ideas derived from frontman Ezra Koenig specifically; an expansive effort from a singer-songwriter, less so a Vampire Weekend record.

Even so, the album largely succeeds. Despite my scepticism, Father of the Bride is an enjoyable experience that experiments with interesting concepts and stylish musical ideas. It will likely serve fans very well indeed.

This isn’t the kind of music I would listen to in my own time, so Father of the Bride does well to be a pleasant listen. It delivers its preppy brand of indie rock with such aplomb that I actually find myself enjoying the album most when it’s annoying me. The songs, which are largely a jumble of richly produced pop arrangements and Ezra Koenig cooing, are hokey, but they’re also unexpectedly endearing.

The album often feels larger than life, tumbling along with the reckless abandon of a third wheel cartoon character breaking out in song. Again, that’s not really my scene, but here it clicks pretty well. It’s hardly irresistible, but very tolerable. The twingling guitar and soft, simple melody of “Sunflower” would feel right at home on a ‘60s pop record, while “Harmony Hall” has a great hook and a clean, bustling mix. The album is nothing if not eclectic. Father of the Bride often feels like an album out of time, pulling in influences decades apart from one another.

This generally works well, but it seldom gets beyond feeling like a series of novelties. The crackly, twee tint on “Rich Man” makes it sound like a sanitised Eels tune, while the cartoonish effects of “How Long?” and “Spring Snow” serve up a solid dose of what the fuck. Par for the course on an album like this, which ultimately seems quite content pootling about in its own weird world. Father of the Bride does a pretty good job of it, so fair dos.

With six years and a lineup change between Vampire Weekend’s previous album and their present new release, it’s unsurprising that Father of the Bride makes for a change of pace coming from their prior material.

The difference can be heard from the moment the album opens, with a delicate, sunny track with a strong flavour of country to it and a feature from Danielle Haim. That flavour isn’t confined to the track either, with Haim appearing as a backing vocalist on a healthy chunk of the tracklist. Between this collaboration and the continued work with producer, Ariel Rechtshaid, it’s hard not to draw comparisons with the summery, breezy, shiny atmosphere that was deeply embedded in the last HAIM album.

There is variety to be found, however, from the more traditional Vampire Weekend sound on display in tracks like “Sunflower”, to hints of blues and jazz in the downtempo tracks like “My Mistake”, and the smacks of autotune, Latin beats and theatrical strings in between, it would be hard to suggest the band isn’t trying new things. A lot of the time, tracks pull it off, and despite minor gripes with unnecessary production flourishes in vocal lines, there’s a lot to like here.

At it’s worst though, Father of the Bride can sound a little mawkish and syrupy sweet, leaving me undecided with a track like “Rich Man”, which walks the line between ‘upbeat and fun’ and ‘chirpy and twee.’ Less noticeable but potentially more hazardous is that shiny production across half the tracklist, which makes for tracks that sound good yet unremarkable and forgettable at times. Combine that quality with an hour-long tracklist and much of the album gets lost in proceedings.

The highlights do a lot to improve things though and there’s certainly nothing bad here, be it barbaric or inane. The change in lineup has allowed for new ideas and new faces, particularly in terms of production, both of which are bound to make for growing pains. Having seen other bands suffer from departures though, Father of the Bride makes for an optimistic step forward in the band’s career, and I can see myself returning to the album.

Favourite tracks // Sunflower ­­Jerusalem, New York, Berlin ­­How Long?
2010svampire weekendindiepopdouble albumsthe beatleseelshaim
Receive monthly roundups of what we’ve been up to. Sign up for our newsletter ➔ 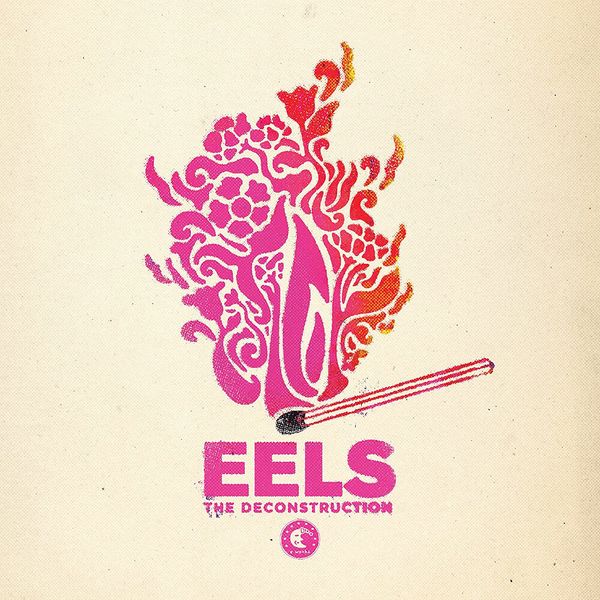