‘Tyler deliberately plays against his strengths and manages to push himself to make a good non-rap album. That in itself is pretty fucking fascinating.’

ARE WE STILL FRIENDS

This is a fascinating moment in Tyler, The Creator’s musical career. Five tracks into IGOR, his fifth full-length record, it becomes increasingly clear that this is not exactly a hip-hop album. Tyler’s rasping vocals are replaced by tenderly sung hooks and alluring soul samples. This is something 2017’s Flower Boy touched upon, and advancing this formula seems like a natural development. Tyler deliberately plays against his strengths and manages to push himself to make a good non-rap album. That in itself is pretty fucking fascinating.

Sonically, IGOR may appear to be Tyler’s most mature work, but this is very much a raw display of manic emotion. Breakups and heartache bring out the most inflated of sentiments, and Tyler captures it perfectly here. I’m just not entirely sure the songwriting is strong enough to carry the record home, particularly when there is such an abundance of rapped verses. “NEW MAGIC WAND” recalls the dark and distorted sounds of Tyler’s previous material, and it’s undoubtedly one of the strongest songs here. “EARFQUAKE” is an affecting piece, and “I THINK” follows it up exceptionally well, but the rate of success falters a little in the albums final third. Even so, the lack of resolution on closing track “ARE WE STILL FRIENDS?” does add another level of power to an already stirring listen.

Similar to Flower Boy, IGOR is a bittersweet summer album. The former does remain Tyler’s best work, purely for reinventing his sound without sacrificing the fierce and fiery spirit that made him so engaging to begin with. Tyler has dropped his guard recently, and it’s making him a far greater artist in the long-run. However, IGOR still lacks a distinct edge that we typically find with his work. Some will find that a refreshing change, but I can’t pretend I don’t miss some of the dark humour. Still, at the tender age of 28, Tyler is still growing, and I think the best is yet to come. And that’s very exciting indeed.

What I most remember about Tyler, the Creator’s last album, Flower Boy, is how much I liked it. That’s as specific as it gets. If you asked now I wouldn’t be able to tell you my favourite tracks, or what I think the standout moments were. It sits in my memory as a good thing. I expect IGOR will leave a more distinct impression. Despite not feeling as wholesome as the smooth, muscular hip hop of Flower Boy, I actually think this is a more ambitious project.

This looks and feels like a Frankenstein album. A fair few unrelated limbs have been sewn together and untold amounts of electricity have been pumped through them to create a semblance of life. When you step back and take it all in it is undoubtedly a bit strange, but also strangely beautiful. I suppose if you had to summarise Tyler, the Creator at his best ‘strangely beautiful’ wouldn’t be too far off the mark. Hip hop, soul, synthesisers, and mumbling are the main elements at play on IGOR, and more often than not they work together (strangely) beautifully.

Again, none of the tracks particularly grab me on their own, but together they cast a bit of a spell. Each listen gives you something new to focus on, be it gospel harmonies or bleep blooping arrangements that would sound at home on a video game. Along with the likes of Frank Ocean, I think Tyler, the Creator is pushing hip hop into lush, uncharted territory. And the best thing is it feels like everything he does he does for himself. It’s a real treat to tag along.

I have to admit it, my interest in any output from Tyler, The Creator’s music has transitioned from sheer, morbid curiosity for his early work to genuine excitement for his material of recent years. Where shock tactics took centre stage before, genuinely well produced, well-written tracks have replaced them in the latter end. But IGOR has still been something of a grower for me.

Where previous album, Flower Boy, had clear highlights for me, it’s been far harder to spot them in IGOR. That may be due, in part, to a slightly tighter cohesion across the tracklist here. Each track laced with slower tempoed, soul-inspired tracks, with hallmark Tyler synths, vocals and snark, there are only a few moments which stand out stylistically. “NEW MAGIC WAND” is driven with a rough synth line and a more forceful vocal.

That cohesion is also a double-edged sword though and likely why it’d be easy to pass this album as a step below Flower Boy. With a common style to each track, it can be easy for tracks to meld together. However, there are definite standout moments here, be it the beat and hook on “EARFQUAKE” or the mix and match of early, spoken word angst and weighty yet unassuming chorus in “PUPPET”, I’ve found a lot of love for the album throughout. Even its closer, “ARE WE STILL FRIENDS?”, comes with a dazzling chorus and a smokey, sleepy atmosphere to conclude the album.

IGOR is by no means perfect, despite others fawning for its production, that’s not the stand out element on this album, nor is any single track a serious highlight in the tracklist. But as a whole, IGOR is a very enjoyable listen which I’ll certainly be returning to, and only increases my optimism that we’ll see an exceptional record from Tyler, The Creator in the next few years.

Favourite tracks // EARQUAKE ­­IGOR’S THEME ­­I DON’T LOVE YOU ANYMORE
2010styler the creatorhip hopfrank oceanfunksoulcontemporary r&b
Receive monthly roundups of what we’ve been up to. Sign up for our newsletter ➔ 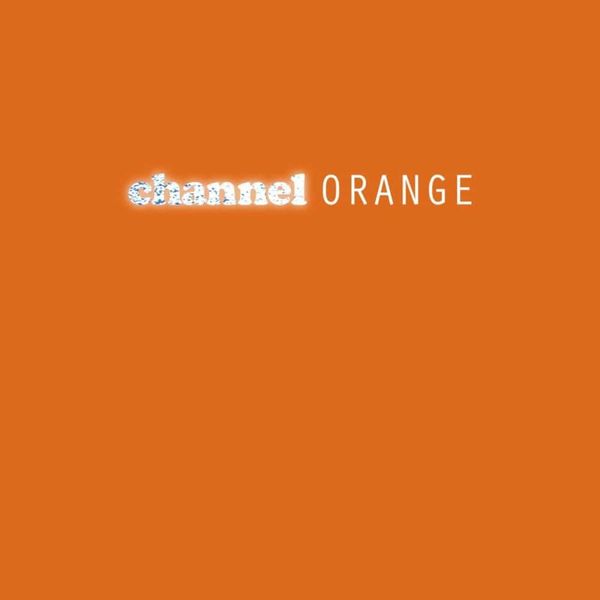