‘First Impressions of Earth is a model misunderstood album; flawed, overdrawn, deserving of a good deal of its harsh reviews, and yet still host to a unique and worthwhile character. It is tremendously raw, a pained scrawl.’

On the Other Side

You Only Live Once

‘We could drag it out, but that’s for other bands to do,’ Julian Casablancas slurs on “Ask Me Anything,” a sentiment that has been communally endorsed since 2001’s Is This It?, an album so refined, so effortlessly sophisticated in its flow and structure, that it became a crucial root in the rebirth of garage/indie rock.

What a shame, then, that First Impressions of Earth leaves such a contrasting impression. Messy, overloaded and extremely rough around the edges — this is everything the debut was not, yet still features some of the bands finest tracks in their entire discography.

The New York outfit start proceedings with a confident swagger; “You Only Live Once” is a catchy opener that manages to sound fresh whilst remaining true to the core of their sound, whilst “Juicebox,” the first moment of unfamiliarity, is a confident stab at hard rock that pays off handsomely with its bold riffs and dynamic vocals. The album proceeds at a steady pace after these early triumphs, but once the alluring groove of “Electricityscape” wraps up, the album turns into a disorientating, totally confusing experience.

It’s certainly not all bad, but by the time you reach the latter highlights of “Ize of the World” and “Red Light”, you’re too irritated to care. At the time of release, the change in sound was certainly not universally accepted, but in hindsight the majority of experiments on show do actually work.

The problem is in its construction — it’s an unfinished record, one that was in serious need of trimming down, tidying up, and to have a sense of structure applied to its final moments. There’s a great album to uncover here, and there are far too many good tracks for it to be written off completely, but as it stands First Impressions of Earth is a flawed and frustrating listen.

Favourite tracks // Juicebox ­You Only Live Once ­Electricityscape

First Impressions of Earth is a model misunderstood album; flawed, overdrawn, deserving of a good deal of its harsh reviews, and yet still host to a unique and worthwhile character. The Strokes’ 2006 release, embracing the essence of its name, comes across like an unvetted first draft. It is tremendously raw.

A number of the consequences of this, unsurprisingly, are not terribly positive. Tracks range from celestial to comatose, and there isn’t the slightest semblance of structure or progression. It is one of the most scattered albums I have ever listened to. And yet, in the midst of this muddle, a frantic spontaneity can be found that would not exist in a more polished product.

Nick Valensi’s guitarwork often soars — “You Only Live Once” and “Electricityscape” being particularly worthy of note — and I have a lot of time for Julian Casablancas’ lyrics and delivery. He gives voice to agonised drunks everywhere. Sometimes it’s boorish, sometimes maudlin, but for fleeting instances the band’s synergy can be superb. When First Impressions topples into its crescendos it really is quite wonderful.

There’s no denying First Impressions of Earth lacks a great deal, but it’s the type of album that I think a band’s discography benefits from: a stripped-down, drawn-out deviation from the norm — a peek behind the curtain with enough quality to retain your respect, if not your awe. It is a pained scrawl of an album, and I find that rather endearing.

Favourite tracks // Electricityscape ­Fear Of Sleep ­On the Other Side

First Impressions of Earth got a lukewarm response on its release, and one could be forgiven for this having been spoilt by the band’s critically acclaimed debut and follow up albums, the latter of which was mainly criticised for being too similar to the former. The Strokes had a lot to live up to with their third album, being both different while still worthy of taglines as hyperbolic as ‘the stuff of which legends are made.’

In this sense, the band achieved their goal, striking the balance by producing some great tracks with new ideas. The first half of the album especially hits this sweet spot, with heavier guitars and more driving drums than previous albums displayed. Interspersed by contrasting tracks, such as “Ask Me Anything,” these expand the ideas featured on the album, and expose some of the synthpop influences that would come out fully in later albums. Julian Casablancas delivers his vocals in his signature style for the most part, though begins to drawl rather than sing towards the end of the album, most notably in “15 Minutes”.

Where the album really falters however, is in its consistency. As has been seen with many albums before and after it, First Impressions of Earth suffers from its length and can feel a unorganised in places, with the quality of tracks descending with the tracklist. Keeping that in mind, even those tracks at the bottom of the tracklist are worth a couple of listens (especially the closer, “Red Light”) and this only serves as a testament to the quality of music being produced by The Strokes in their first five years.

Favourite tracks // Ask Me Anything ­Heart in a Cage ­On the Other Side
2000sthe strokesalternative rockindie
Receive monthly roundups of what we’ve been up to. Sign up for our newsletter ➔ 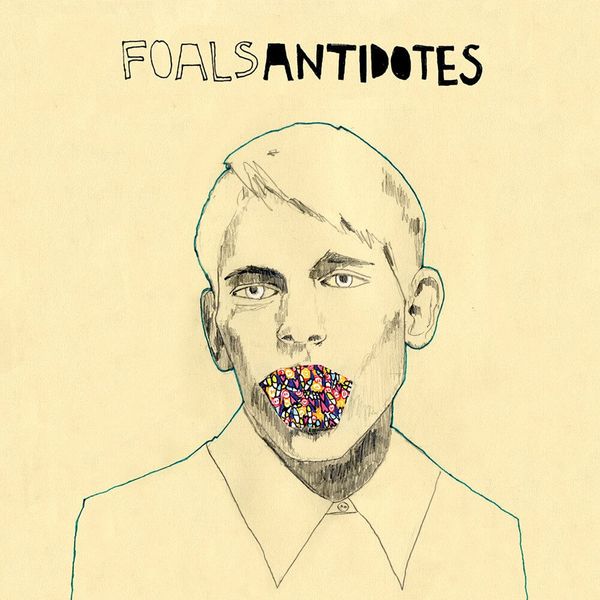 Foals leaned into their restless, agitated, math-rock roots and carved out a niche in the mainstream indie rock of the time.