‘There is plenty of anger in The Specials, but it is used in service of its songwriting. At a time when much music seemed obsessed with rejection, The Specials were bold enough — and talented enough — to provide affirmation.’

A Message to You Rudy

(Dawning of A) New Era

Having missed the cultural boat for a genre that feels rooted in its own heyday, and is likely better appreciated by those who experienced it contemporaneously, ska is a genre I haven’t paid all that much attention. The Specials defines my standing on ska in many ways, both as a genre whose experimentation is in its own existence and therefore carries more than a few sharp similarities between tracks, and as a really good time that wears thin every so often.

The most recognisable tracks tend to be the best, at least in terms of catchiness, but the album as a whole is evocative of a similar cheeky, laddish atmosphere that makes for a consistent sense of geniality. Across tracks, the keyboard is comfortably balanced against the brass, and the vocal melodies tend to be restrained in their frequency and length. “Too Much Too Young” is a notable exception, with the lyrical refrain unfortunately outstaying its welcome and making its already long-winded six-minute runtime feel a lot longer. I appreciate that there’s a social context to its lyrics that doesn’t apply in the same way today, but it labours the point.

For all the laidback vibrancy, I do find my interest peaking and troughing throughout, and in a way its variety can make it seem a bit dull. Songs don’t tend to blend together despite the genre’s percussive traits, but in the volume of different melodies (14 tracks are lot to get through in under an hour) they end up feeling anonymous.

It’s one of those where its original and intended format would make the difference; two digestible sides of a vinyl as opposed to a continuous stream. With all that being said, I think it says a lot about the quality of the album that I’ll so readily come up with excuses for my own criticisms, and I’m glad to have become better acquainted with this part of British music history through The Specials.

Favourite tracks // Gangsters ­­A Message to You Rudy ­­Monkey Man

This album has long been a favourite of mine. Its suave, lively character is one of the most memorable I’ve had the pleasure of listening to. That said, it has been interesting to return to it with a more critical ear. The tone of The Specials is indeed its greatest strength. Raucous, but also sophisticated and stylish, the album is, put simply, great fun.

In large part this is due to synergy between music and lyricism. Terry Hall and Neville Staple are commanding, irreverent frontmen, and the arrangements behind them are consistently tight. It adds up to a kind of controlled madness. The farcical courtroom drama of “Stupid Marriage” is a delight, while there are few songs around that capture the noisy nonsense buzz of a night out as well as “Nite Klub” does.

The group doesn’t pull its punches. From ‘master racial masterbation’ to ‘burdens on the welfare state,’ few are exempt from at least a friendly jab. But any accusations of crassness are shut down by the fact that the whole show is of the highest quality, and produced superbly by Elvis Costello’s to bring out the best of its live nature.

It must be said that The Specials feels more like a jumble of great songs than it does an album. There isn’t much in the way of progression or pacing. Perhaps it had to be that way. There is plenty of anger in The Specials, but it is used in service of its songwriting. At a time when much music seemed obsessed with rejection, The Specials were bold enough — and talented enough — to provide affirmation.

It’s been a pleasure to really dig into The Specials’ self-titled debut this week. While it’s very easy to come away remembering the most famous moments on the record, giving the rest of the album some focus has uncovered some hidden gems for me.

While the likes of “A Message to You Rudy”, “Monkey Man”, and “Too Much Too Young” have proven their longevity, tracks like “(Dawning of A) New Era” and “Blank Expression” are a far more interesting mix of rock’n’roll, punk, and ska. Elvis Costello‘s involvement is far more evident here, and that makes for some of the best moments across the tracklist. Elsewhere, the humour and cheek take centre stage and the skit-like decoration on “Nite Klub” and “Stupid Marriage” put them up in the highlights of the album.

Some of the instrumental solos deserve a mention too as they can easily remain unsung heroes. The guitar in “It’s up to You”, the horns in “Nite Klub”, and the organ in “Stupid Marriage” are just a few of the moments that make many of the tracks shine.

I was ready to come in lukewarm on The Specials, and I think that’s in part down to the tracklist pacing, it’s all too easy to hear that familiar bouncing rhythm and tottering bassline and switch off slightly. Pair that with the near synonymous status the album’s singles hold with ska, and you might even have a pre-emptive weariness from the outset. However, sticking with it and staying for the second half allows the album to reveal itself as a real grower, and one I’ve thoroughly enjoyed.

Favourite tracks // (Dawning of A) New Era ­­Blank Expression ­­Nite Klub
1970sthe specials2 tonereggaeelvis costello
Receive monthly roundups of what we’ve been up to. Sign up for our newsletter ➔ 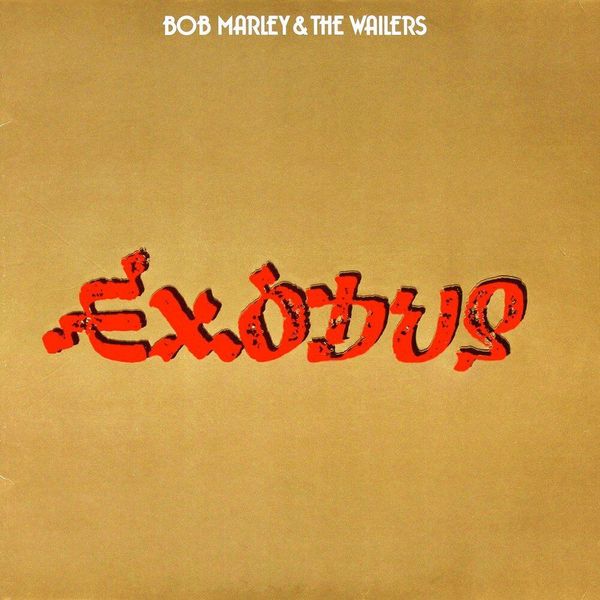 Exodus Bob Marley and The Wailers

Peaks are matched by (very pleasant) plateaus. Exodus isn't so much a great album as it is a good album with a handful of iconic songs.