‘Blues, psychedelia, jazz, and gospel are all deeply ingrained in at least some part of Let It Bleed, and while this is still a rock record, the key to its success is the wide influences that give each track a flavour of its own.’

Let It Bleed inhabits multiple sounds of the ‘60s. I hear the rich psychedelic rock of Revolver, and the country balladry of Highway 61 Revisited. It even shares a similar sense of brutality in its lyrical imagery to that of The Velvet Underground & Nico. Opening track “Gimme Shelter”, a clear highlight on the record, wouldn’t feel too out of place on a Jefferson Airplane record, whilst Keith Richards’ guitar licks evoke the aura of Hendrix. As a pesky no-good millennial, I wasn’t even close to experiencing life in the ‘60s, but I feel like listening to Let It Bleed brings me that little bit closer.

The Stones were never as firmly reliable as The Beatles when it comes to cohesion and regularity, and even on a record as good as this, that lack of consistency still peeks through. Closing track “You Can’t Always Get What You Want” is weirdly indulgent, which is even more curious given that the rest of the album is largely unassuming. It starts like a Christmas carol, and given that it’s currently January at the time of writing this, it’s absolutely not welcome. Still, even The Beatles had “Yellow Submarine”, and both songs clearly have their sets of admirers, so who am I to judge?

Let It Bleed is not the greatest album of its time, and it’s far from the most original, but it still succeeds greatly in its ability to take you back to a time where the Swinging Sixties had a glimpse of what awaited. It’s an immensely satisfying record, whatever way you look at it.

The Stones in swing is a sound seldom matched in music. Let It Bleed has missteps, but it spends most of its runtime swaggering around chewing a piece of wheat. This is probably the most languid Rolling Stones records I’ve listened to. It deals in folk and country almost as much as it does in rock and roll.

Big hitters like “Gimme Shelter” and “Midnight Rambler” hog much of the attention, but it’s actually the folksy numbers around them that give Let It Bleed its steady, frontiersman-like character. “Country Honk” skips along like a dusty hoedown, while the dry country twang of “You Got the Silver” wouldn’t sound out of place on a Bob Dylan record. Mick Jagger is good value, as always. He doesn’t so much sing as run his mouth and he sounds marvellous. It’s a real gift.

There’s enough wrong with Let It Bleed for it to be a rung or two below the Stones’ best work. “Live With Me” sounds suspiciously like “Jumpin’ Jack Flash”, while “You Can’t Always Get What You Want” blunders in out of nowhere. I’ve never heard a song so pleased with itself for being the closer. For every great track there’s a perfectly good one. When it’s the Stone, isn’t that enough?

Favourite tracks // Gimme Shelter ­­You Got the Silver ­­Country Honk

I’m not sure why I’ve been so surprised during my time with Let It Bleed. Aside from our track record of enjoying contemporary work from the turn of the decade, The Stones are up there with the best of them in terms of influence and longevity in modern music. Nevertheless, Let It Bleed has made for an incredibly enjoyable week of listening. Sounding of its time rather than showing its age, the mixing pot of influences here makes for a wonderful, characterful tracklist that has aged beautifully.

Blues, psychedelia, jazz, and gospel are all deeply ingrained in at least some part of Let It Bleed, and while this is still a rock record, the key to its success is the wide influences that give each track a flavour of its own. Particular highlights come from hazy opener “Gimme Shelter”, with its insanely catchy opening and roaring chorus and “Monkey Man” that flourishes out from a moody slink to a solid, jamming jaunt. It’d be remiss of me to not mention “You Can’t Always Get What You Want”, which couldn’t sound more quintessentially British if it tried to as it opens, but by its second minute it explodes into a gospel-infused classic that is still well known today.

This is a definite essential listen then. Taken from the ‘golden era’ of the Stones, there are some truly everlasting tracks that still sound fresh today, and while it may pull so heavily from other corners of music that it teeters on the edge of losing its own identity, I think it remains cohesive enough to make for a rock solid record. 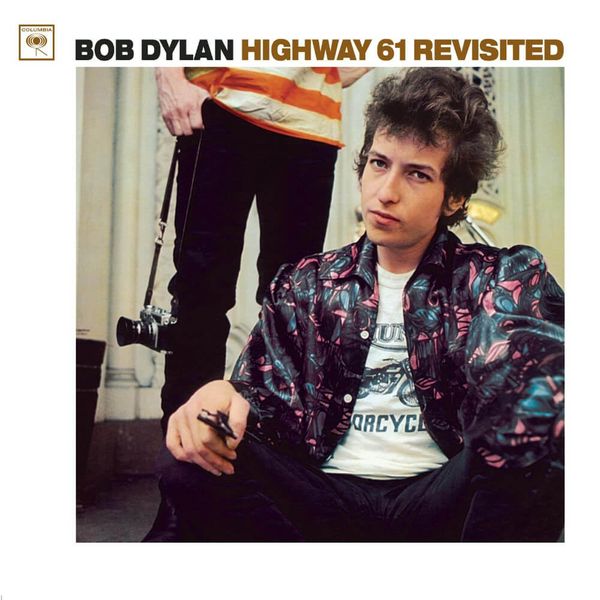