‘Creating a distinctive, ethereal sound that feels suitably of its time, there are some cracking moments to be had here. While I do grow weary of it towards the end, there's certainly nothing bad here. An excellent album that's stood the test of time.’

Disintegration remains a melancholic wonder after all these years. The Cure have a reputation for being bleak and depressive, but this couldn’t be further from the truth. Robert Smith creates music that is designed to make listeners feel a range of emotions that revolve around love, lust and loss — feelings and sentiments that can be experienced from adolescence, through teenage-hood, to the latter years of life. It’s extremely affecting music. Disintegration sustains an atmosphere that is gloomy, yet thoroughly gorgeous. It somehow manages to feel both claustrophobic and seductive.

Thirty years after its release, Disintegration still holds up. The songs are written and produced excellently, with a clear direction to preserve the general moodiness. There are an abundance of melodies that merely fade in and out of the arrangements, often disappearing before you’ve even acknowledged their presence. This is an aspect of the album that a few critics were keen to highlight, but I find it works to great effect.

The infamous “Lullaby” is a great example of just how compelling, and genuinely stirring, these melodies can be. It remains a true highlight, alongside the other singles “Pictures of You” and “Lovesong”. The latter being a particular favourite, with a groove that is good enough to incite head-bobs from even the most passive goths, a soft and nimble bassline to counterbalance the rest of the arrangement, and a post-chorus melody that is utterly divine. It goes down as one of my all-time favourite songs of the 80s.

The obvious flaw to an otherwise brilliant album is the length. Disintegration fulfils many cliches of the gothic rock mantra, and it’s surprisingly varied, but the array of sounds, styles, and arrangements are somewhat disguised by a production style that is severely satisfying, yet strangely confined. It’s an exceptional sound that doesn’t quite hold the lasting attention when extended to 70 minutes.

This doesn’t stop Disintegration from being an outstanding record, nor does it tarnish the legacy it leaves behind. After all, The Cure have influenced many of the most beloved artists working today. Whilst the Rock and Roll Hall of Fame is a load of nonsense, it seems fitting that they were inducted on the anniversary of arguably their finest hour.

I have no previous experience with The Cure. I’d heard of them of course, but never taken the time to properly listen. This was a lovely album to come into blind. I had no idea what to expect and it still managed to surprise me. Disintegration is a vivid, dreamlike record, and it’s not far off being stunning.

What most bears highlighting is the texture. I try to avoid that word when possible, but it fits here. Disintegration is crammed full of pretty weird sounds, but they’re pieced together with such finesse that the lasting impression is one of sophistication. It’s like Frankenstein in a dinner jacket. Gothic synth rock sounds like a recipe for disaster, but it tastes delicious when The Cure does it. The album soars miles above the gunky production that mired so many records from the era.

Most of the songs sprint out the gate, and the (frequent and lengthy) instrumental sections breeze by. I’ll admit, when I peeked at the screen for the beginning of “Praying for Rain” and saw six minutes I was worried, but not for long. The tracks get you onside quickly, and they often carry you away too. Disintegration is expansive, but it is driven too. This is best demonstrated by flagship songs “Lullaby” and “Lovesong”, but true of practically every track.

That said, although the lengths of individual songs is not an issue, the sum total of their length does leave me flagging. We’ve listened to 70+ minute albums that earn every second. This isn’t one of them, though it gets closer than most. It really is a pretty epic piece of work, and 30 years later it still sounds fantastic.

Having spent most of my week humming the hooks of at least three stand-out tracks on Disintegration, it’d be hard for me to deny how much I’ve enjoyed my time with it, at least in part. While the album might’ve been intended to be full of murkiness and depression, you might not need to prepare yourself for 70 minutes of sombre sadness.

Full of eeriness, droning, and wailing of synths and guitars, Disintegration is a curiosity. It certainly has a gloomy aesthetic, but it’s far from drab or dank. From the outset, “Plainsong” twinkles and brings a certain grandeur with a thick bass synth. “Pictures Of You” doesn’t outstay its welcome despite its length, and both “Lovesong”, with its layered melodies, and “Lullaby”, with its sulky guitar riff and wispy, sweeping string pads, make for real earworms.

The last third is where I falter a little. Reaching past the hour mark a record is always in danger of wearing thin. From “Prayers For Rain” onwards, each track stands closer to ten minutes and tends towards a downtempo, whirl of instruments, which compounds the situation. Individually, these tracks are noteworthy, with the title track setting a good pace and Robert Smith’s vocals sounding great overhead, while the closer sits into a reverberating groove which draws proceedings to a close quite gracefully. Combined into the backend of this tracklist, however, it makes for a hard listen, and I’m left wondering whether it’s a reshuffle or a ruthless cut that would improve things.

There’s a lot I’ll be coming back for from Disintegration. Creating a distinctive, ethereal sound that feels suitably of its time, there are some cracking moments to be had here. While I do grow weary of it towards the end, there’s certainly nothing bad here. An excellent album that’s stood the test of time.

Favourite tracks // Lullaby ­­Lovesong ­­Plainsong
1980sthe curealternative rockkendrick lamarnew wave
Receive monthly roundups of what we’ve been up to. Sign up for our newsletter ➔ 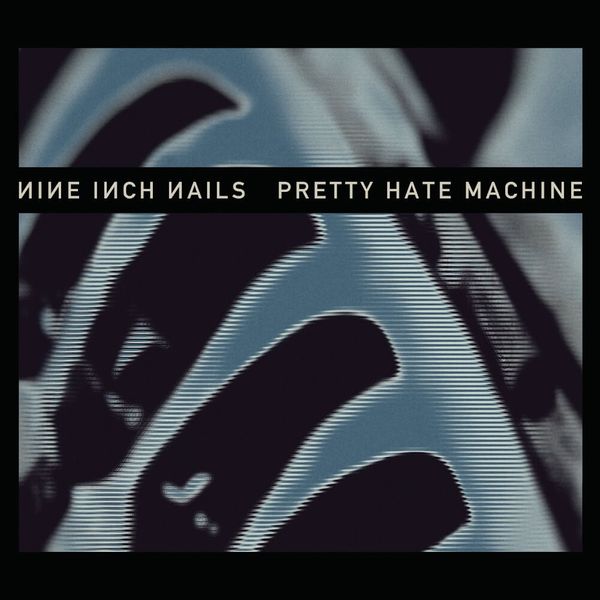