‘I'd argue 70 minutes of lush ambient art-rock does actually get tiring when it lacks variety. Layers upon layers of sensuous strings, steady soundscapes, and ghostly vocals combine to create an record that is impressive, yet frustratingly fatiguing.’

The release of Sigur Rós’ sophomore album caused quite a stir in the alternative and experimental music scene, some 20 years ago. Once it landed on UK and US territory in the very early 2000’s, critics were keen to praise in emphatic and dramatic fashion. By this point of course, fans were already sharing Ágætis byrjun on message boards — such was the time — but it was clear that something special was brewing. Sigur Rós were, at a point, one of the most crucial bands at the beginning of the 21st century.

Whether Sigur Rós lived up to that initial promise is an intriguing debate, but I’m not so sure the blueprint was all too hot to begin with. Ágætis byrjun is surrounded by a mystical, ethereal aura that stimulates the senses and triggers intense emotion. However, I question whether the songs themselves live up to such an overwhelming atmosphere. I’m a patient listener, but the album occasionally tests me. The opening buildup on “Ny batteri” is excessive to say the least, and it’s hardly the only case in point. Sigur Rós are prone to prolonging sustained notes and drifting strings to excessive length. Sometimes it works beautifully, other times it’s really quite draining.

Sigur Rós are known — and loved — for their expansive sound. Their ability to conjure up beauty in minor details is what sets the band apart from their peers. If Sigur Rós lack anything, it’s the contrast in moods and tones. There’s no doubting the sublime execution. One of the reasons why “Starálfur” is one of the more memorable cuts on the record is because it’s far more immediate than the rest. “Hjartað hamast (bamm bamm bamm)” is another anomaly in that sense, progressing naturally towards a groove that evokes peak ’90s Spiritualized. Meanwhile, “Vidrar vel til loftarasa” sits at 10 minutes long, for reasons that escape me.

Not to be too scathing on a record that won the hearts of so many of its listeners in the early 2000s, and besides, it’s reassuring that there are people willing to listen to such a lingering amount of sweeping sounds. However, I’d argue 70 minutes of lush ambient art-rock does actually get tiring when it lacks variety. Layers upon layers of sensuous strings, steady soundscapes, and ghostly vocals combine to create an record that is impressive, yet frustratingly fatiguing.

Sigur Rós are one of those groups that seems to have been around forever. I’d heard bits and pieces, but this was the first time I sat down and listened to a whole release of theirs all the way through. Ágætis byrjun is apparently a critical darling, and it’s obvious why. Hailing from Iceland, there is fittingly something quite glacial about it. The record is icy and immense, yet serene.

From the start you know you’re in for a grand — if slow — ride. “Svefn-g-englar” sounds uncannily like a post-rock song as far as tempo and arrangement, which I wasn’t expecting at all. It’s slow and heavy and still manages to fly by. I’m a stone cold sucker for songs like that. That’s followed by “Staralfur”, a song which for me is almost entirely coloured by its appearance in The Life Aquatic, a film I adore unconditionally. Without my rose-tinted glasses on the track is still plenty beautiful; orchestral, shimmering, and really a bit all over the place. A lot of the songs on Ágætis byrjun are a bit all over the place.

The record settles after the first couple of tracks. There are ten songs, and only the opener and closer are less than six minutes long. They lay down a sound and roll with it for as long as it takes to get the job done. For “Hjartað hamast (bamm bamm bamm)” that means a thick, sophisticated bassline groove with mighty ambient groans behind before strings and harmonies unfurl. For the title track that means glitchy vocals plodding along for seven minutes over a bright, childlike piano motif. Sometimes it’s captivating, others it’s dull.

Ágætis byrjun has a lot of lovely qualities, but restraint isn’t one of them. Just because the excesses are strings and synthesisers instead of power chords and crash symbols doesn’t mean they’re not there. When the record settles into a good spell it’s magical, but enough of it isn’t to make it a cut below the big boys. At 70+ minutes long I really struggle to hold on for the whole ride. I just kind of nod off and fall off.

Spooky, life-affirming, and elegant are definitive qualities of Sigur Rós. Ágætis byrjun feels like the moment where it all fell into place for the band, both for their indomitable uniqueness and the potential for perceived pretentiousness. Enveloped in a sense of folklore, spirituality and reflection, the album is a consistent flow of serenity. Without any sacrifice of consistency, the tranquility is punctuated with resonant string sections, a sharp leap in pitch from the infallibly clean vocals, or a stamp of looming, dread-inspiring piano notes.

It’s easy to get lost in the soundscape, not least because the lyrics are in both Icelandic and Vonlenska: the band’s own gibberish language whose existence cleverly bridges a linguistic gap with pure emotiveness. This self-effacing attitude to language highlights, with a shrug, an expectation that a wider audience won’t know the difference between Icelandic and Vonlenska. The result is a universality that transcends deliberate meaning for a meditative experience. Delving into translations of the Icelandic lyrics nonetheless illuminates a touch more of the artistic intent, although there’s little more to discern than what the album artwork, and the music itself, is implicitly telling you.

Ágætis byrjun sounds like music from another plane of existence; a purer place, perhaps a colder one, that inspires introspection. It’s quite a demanding experience, and the pay-offs are relative to your attention span. While the 70-minute runtime can drag and lead to easy distraction, it still ties into the meditative nature of the full piece. Dipping in and out of concentration, letting the mind wander off before returning to the matter at hand, is part of the deal. It’s not for everyone — and I wouldn’t say it’s all entirely for me either — but it’s a testament to their artistry and identity that 20 years haven’t made the album sound any less new.

Favourite tracks // Olsen olsen ­­Svefn-g-englar ­­Starálfur
1990ssigur rosspiritualizedpost rockambientshoegazeart rock
Receive monthly roundups of what we’ve been up to. Sign up for our newsletter ➔ 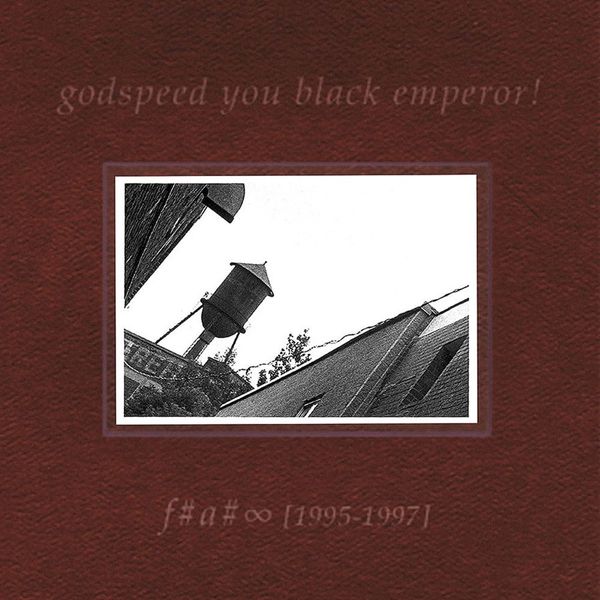