‘Not everything sticks, but I suppose all the great metal albums contain at least a small portion of cheese. I would liken Fortitude to a mild cheddar. Versatile, resilient and, sometimes, unbeatable.’

As someone who tends to listen on the outskirts of metal, gleefully flirting with noise and industrial music, Gojira have been on my radar for some time. Alongside the likes of Mastodon and Deafheaven, the French band are one of the most prestigious in the scene. Not just beloved by fans, but frequently acclaimed by critics.

Fortitude has proved to be a persuasive entry point for me. It contains everything I look for in a metal album, and then some. The riffs savagely chug away, in the spirit of early Metallica albums, and the pinch harmonics sail to the dark side of the moon (and back again). Virtuosic drumming and snarling vocals round off the trademarks, and at this point you already have a pretty bad-ass metal record. “Born For One Thing” is more than enough to incite a mosh pit, after all.

But it’s the unexpected moments that elevate Fortitude to another dimension. After almost 30 minute’s worth of beautifully pummelling music, the record takes a turn with “Fortitude” and “The Chant”. The former is a lovely breather, reminiscent of a campfire singalong. Steady percussion pushes it along, before the haunting melody launches into an exhilarating anthem on “The Chant”, with explosive power chords lifting the voices up to the heavens. It’s one of the most powerful musical moments I’ve heard all year.

Fortitude has a firm grasp on melody too, which immediately separates it from other albums occupying a similar space. The guitar work is riveting, obviously, but it can also be catchy. Early highlight “Amazonia” is a real ear-worm, and its Brazilian rhythms make it one of the most distinct tracks on the album. Furthermore, I feel like “Another World” is the type of thing TOOL tried to do on their recent disappointment - particularly the way in which the track introduces itself with a finger-tapping frenzy. Straight to the point. No bullshit buildup necessary.

Fortitude is a weighty record, but it’s the playful songwriting that keeps me captivated and coming back for repeat listens. Though it’s emotionally potent, it never feels overbearing. In fact, the album feels defiant, provoking thoughts of resistance and inspiration. Not everything sticks - the harmonised vocals that open “Hold On” is perhaps the most peculiar inclusion – but I suppose all the great metal albums contain at least a small portion of cheese. I would liken Fortitude to a mild cheddar. Versatile, resilient and, sometimes, unbeatable.

Favourite tracks // The Chant Amazonia Born For One Thing

No question Fortitude is an album with cheese, but it’s a cheese best enjoyed with a continental fruit spread and a good bottle of red wine. It’s artsy metal, basically. High points somehow manage to make the genre feel ethereal, while the worst thing that can be said about the lows is that they blend into one big, highly agreeable drone.

The record’s centrepiece is the one-two punch of “Fortitude” and “The Chant”, which together make for the catchiest power chord rain dance chant I’ve ever had the pleasure of listening to. Sitting as they do smack bang in the middle of the 50-minute runtime, they give Fortitude a lovely shape. It revs up, roars, and winds down.

Not that Gojira deliver a tour de force here. Were it not for the tracks mentioned I suspect my overall response would be much closer to lukewarm. But they are there, so let’s bask in the warm, fuzzy feeling of a good listen where the tracks land and the mix is just right. It almost makes metal seem cool. Almost.

Gojira don’t shy away from their heavy metal trappings in Fortitude. The front portion is out and out metal: virtuosic drumming, chunky, chugging guitar work, growling, roaring vocals. Lead single, “Another World”, is a highlight with its churning riff and howling vocals creating a dramatic energy, only bolstered in the accompanying dystopian, animated music video.

But it’s the title track and follow up, “The Chant”, that has hooked me. From a simmering, minimal instrumental, faint cries of a vocal melody cycle around before dropping into a sludgy, satisfying chug. Memorable enough to become the earworm of the week, this duo has warmed me to the album as a whole. Between here and the album’s closing moments, “The Trails” makes for calmer, pensive waters before sliding a listener into the whirlwind of “Grind”, which whips and rattles along in a frantic closer.

Metal isn’t my bag, frustratingly, and Fortitude hasn’t made for an ‘aha’ moment to change my mind. While I can appreciate the musicianship, the likes of “Born For One Thing” and “Hold On” aren’t going to have me rushing back. It’s the diversions into less pummelling rock in the back half of this album that have had me returning frequently.

Nevertheless, the fact remains that I’ve enjoyed this record more when I’ve left half of it unplayed. Whether that’s a damning indictment of this album or my taste in music is something I’ll leave you to decide.

Favourite tracks // Fortitude The Chant Another World
2020smetalmetallicatool
Receive monthly roundups of what we’ve been up to. Sign up for our newsletter ➔ 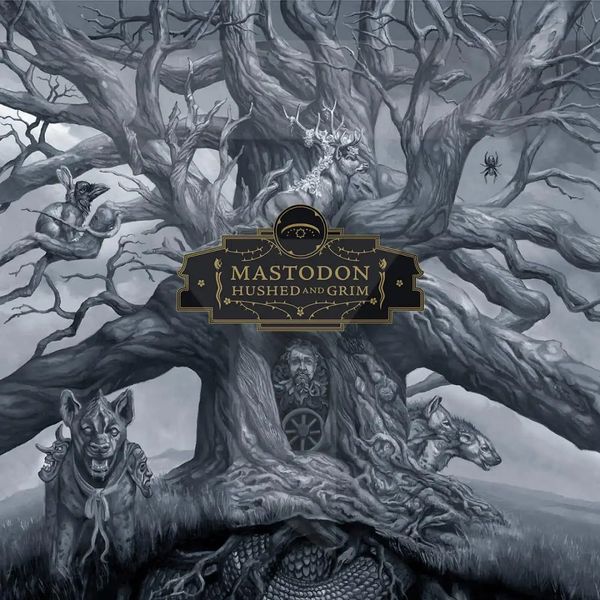 As much fun as its riffs and crunching tone can be, the album feels like a product of veterans going through the motions. For a really long time.