‘Solo material from a band as prolific as Radiohead can go one of two ways, and for EOB it contributes towards the impression that the band is greater than the sum of its parts.’

The name Ed O’Brien may not be known worldwide like Thom Yorke, or even Jonny Greenwood, but ask any Radiohead fan and they’ll likely gush over his intricate guitar work, crucial percussion parts, and of course those cherished vocal harmonies. His debut solo album has been in the works for a while now, and under the alias of EOB his music has finally entered our senses. Like any project related to Radiohead, Earth is earnest and technically impressive. Much of it is passive, somewhat lowkey, yet you can sense an urgency throughout. O’Brien stated that a part of him would ‘die’ if he didn’t release a solo record. You can feel that desperation here. Sometimes for better, sometimes for worse.

Earth starts off well enough with “Shangri-La”, containing one of the most distinct instrumental passages and colourful musical palettes. The chorus is, almost, kind of rocking. Almost. There are many moments of almosts and nearlies. “Banksters” boasts one of the most exciting instrumentals, featuring lush latin-tinged guitar progressions, only to fall flat with its hilariously heavy-handed lyrics. “Deep Days” is one of the more confident cuts, flaunting a fair degree of swagger with its excellent groove. It’s the late climax of “Olympik”, however, that truly steals the show. It’s basically an Achtung Baby song stretched out into a Radiohead style arrangement, and I’m all for it. The track doesn’t tread any new or progressive ground (nothing here does, frankly), but that doesn’t mean it’s not a hugely satisfying piece of music.

Outside of a few highlights, Earth can be quite drab. “Long Time Coming” and “Sail On” are certainly pleasant, but remarkably ordinary. Other than capturing peaceful moments of stasis, these futuristic folk ballads serve very little purpose, and these songs simply don’t stand a chance with such conventional vocal passages. O’Brien is a good enough vocalist, this much we already know, but his voice is indistinct. Perfect for his role in Radiohead, less so when he’s the sole focus of the music. There’s a sincerity to Earth that I admire and appreciate very much. It’s just not enough to disguise underwhelming songwriting. I’m glad it exists, and I’m happy for Ed O’Brien. Next up: Colin Greenwood.

There are worse things to be and sound like, of course. We’ve certainly done our fair share of sycophantic gushing over Radiohead albums – some among us even convince themselves Thom Yorke’s solo material is really good – but Ed O’Brien’s inaugural solo effort leaves plenty of room to grow.

The album’s spacier, acoustic stuff is the best stuff. “Deep Day” hits on a firm groove and rides it all the way, while “Mass” and “Sail On” give O’Brien’s guitar work ample room to hum. Why songs like those are sharing space with lo-key club tracks and bleep-bloop glitch rock jams I don’t know, and none of the material is arresting enough to inspire further investigation.

As was also the case for me with Thom Yorke’s solo material, the most interesting thing about Earth is seeing a Radiohead member do something on his own. The band has no passengers (except Colin, Colin’s obviously a passenger) so it’s nice to hear O’Brien’s measured, sophisticated qualities in isolation.

In the works for almost a decade, Ed O’Brien’s solo material has been highly anticipated. Between the Radiohead connection, his reputation as an exceptional guitarist, and well-received lead single “Shangri-La”, there was good reason to keep an eye on this release.

Continuing to lead affairs, “Shangri-La” opens with a dynamic, catchy instrumental. There are twinges of Radiohead here, but Earth‘s clearly its own project. “Deep Days” is a downtempo track with another great instrumental and an enjoyable vocal, while “Olympik” is a standout track on the album – maybe because it’s heavy on the instrumental.

Vocal lines on Earth are by no means bad, but where O’Brien excels with guitar lines, lyrics can be hit or miss and vocals, in general, can a listener you by. “Banksters” is the prime example, a fantastic, punchy instrumental with lyrics that provoke smirking where it probably wasn’t intended. Finally, closer “Cloak of the Night” features Laura Marling, but compared to Marling’s own release this month it’s a pretty yet ineffectual way to close proceedings.

Earth is a fine album. Ed O’Brien has brought some interesting ideas to the table and I can see myself returning for a handful of individual tracks. Unfortunately, solo material from a band as prolific as Radiohead can go one of two ways, and for EOB it contributes towards the impression that the band is greater than the sum of its parts.

Favourite tracks // Shangri-La ­­Olympik ­­Deep Days
2020sed obrienalternative rockthom yorkeradioheadblurlaura marlingelectronic
Receive monthly roundups of what we’ve been up to. Sign up for our newsletter ➔ 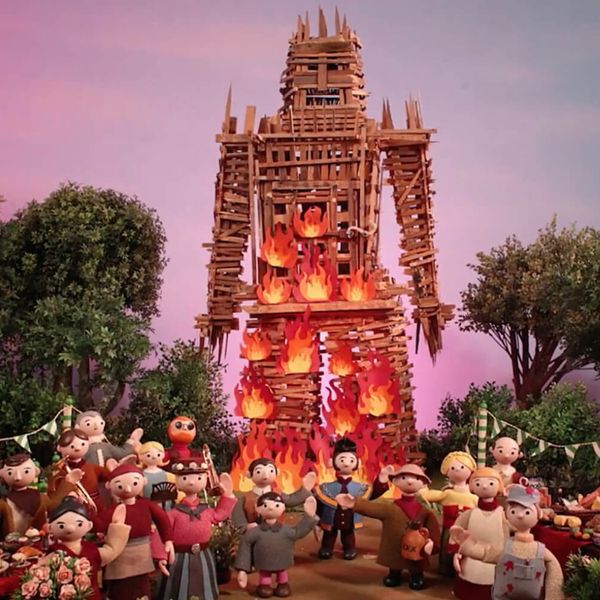