‘The delicate craft of Wiesenfeld’s earlier work is mostly gone, and the instrumentals are instead excitable, fidgety, and sometimes erratic. The music is generally well constructed, but flirts dangerously with sensory overload.’

On the third Baths album, Will Wiesenfeld shows once again that he is a skillful storyteller. Songs on Romaplasm are set in fantasy realms and are highly visual as a result. The delicate craft of Wiesenfeld’s earlier work is mostly gone, and the instrumentals are instead excitable, fidgety, and sometimes erratic.

The music is generally well constructed, but flirts dangerously with sensory overload. Tuning in to “Superstructure and “Adam Copies” as isolated tracks is certainly bearable, but it’s a challenge to sit through them on Romaplasm. The hyperactivity becomes exhausting quickly, and the album sequencing doesn’t really give listeners the chance to breathe. It’s just a bit much.

2013’s Obsidian was an expedition of dark matter, host to devastating songs like “Earth Death”, where Wiesenfeld sings ‘come kill me/I seem so brittle’. Romaplasm is, in contrast, a euphoric affair. I don’t feel good about saying it, but I think Wiesenfeld’s music is just more interesting when he’s sad. “Human Bog” is comfortably my favourite song on the record; not only because the instrumental is less nauseating, but also because it’s the moodiest one here. I respect and appreciate other tracks — I just don’t find them all that enjoyable. The sequenced synthesisers are often too stiff, and the percussion feels flimsy.

As a result, Romaplasm is comfortably my least favourite Baths record so far, but I wouldn’t be surprised if that was inversed for other listeners. The craft is there — it just doesn’t push my buttons.

Every so often there comes an album that I have a complete disconnect with. It’s there and I’m here and that’s ok. Romaplasm is one of those records. Over the last couple of years it’s become obvious that skittish drum beats and aimless synthesisers is not a formula I go for, and sadly (for me) that’s exactly what Baths delivers.

It’s an imposing sensory experience, a bulbous, sickly-sweet palette of sounds, and that’s all that really sticks. It’s not for everyone, though I’d be very surprised if it was for no-one either. Will Wiesenfeld is audibly, meticulously devoted to a sound entirely of his own, which is more than a lot of artists can say, and I like that. When given some room to flow I like the music as well. “Out” is a highlight, and “Wilt” teeters on the brink of lovely.

On the whole though I never really clicked with this, and while some of that is my problem and don’t think I’m solely to blame. The album is lush and characterful, but it’s also long, directionless, and, frankly, rigid. There’s no real bite to Romaplasm, and the allure there in its stead isn’t strong enough to compensate. There’s something valuable in the album somewhere, but not enough to stick around and look for it.

When Will Wiesenfeld sings ‘our goodwill is going to kill us’ on “Extrasolar” he could almost — almost — be describing the experience of listening to Romaplasm. To be sure, this record is shot through with an infectious sense of euphoria: Wiesenfeld’s heart would appear to be overflowing, as almost every track here is imbued with an indelible brightness — a pervasive warmth and exuberance — that’s difficult to deny.

Though he frequently foregoes the piercing candour of 2013’s Obsidian, the fantasies he frequently indulges on this record, while perhaps not as immediately striking the naked despair of Obsidian’s lyrics, reveal themselves to be deftly redolent of very real and personal experiences: “Yeoman”, for example, delicately articulates fervent infatuation in terms of a character excitedly embarking upon a Studio-Ghibli-inspired dalliance in the sky.

The record’s ebullience, however, eventually gives way to an exhaustion that threatens to kill it, as Wiesenfeld offers little in the way of modulation or variety. That is to say, though I am thoroughly charmed by this record’s euphoria, I cannot help but notice that it’s articulated in very similar terms throughout, with a consistency of tone, structure, and sonic palette that threatens to veer into a sameness.

Which is not to suggest that the songs are bad; the maudlin “Coitus” notwithstanding, I actually find myself delighting in every track on Romaplasm, compelled to return to each one by an enchanting hook or a beautiful turn of phrase — or, quite frequently, both. Rather, my quarrel is that the experience of the album as an album — as a unified experience — is somewhat fatiguing; as much as I adore the neurotic dancefloor exaltation of “Out” on an individual basis, for example, I do feel somewhat numb to it when it appears eight tracks into the record, following many similarly hyperactive, synth-laden songs.

My reaction to Romaplasm is thus frustratingly ambivalent: though I’m largely besotted with what Wiesenfeld is doing here, I’m not convinced that I’ll return to it as a whole; it is ultimately more successful as a collection of (mostly) wonderful songs than it is as an engrossing album.

Favourite tracks // Human Bog ­­Adam Copies ­­Yeoman
2010sbathselectronicthom yorke
Receive monthly roundups of what we’ve been up to. Sign up for our newsletter ➔ 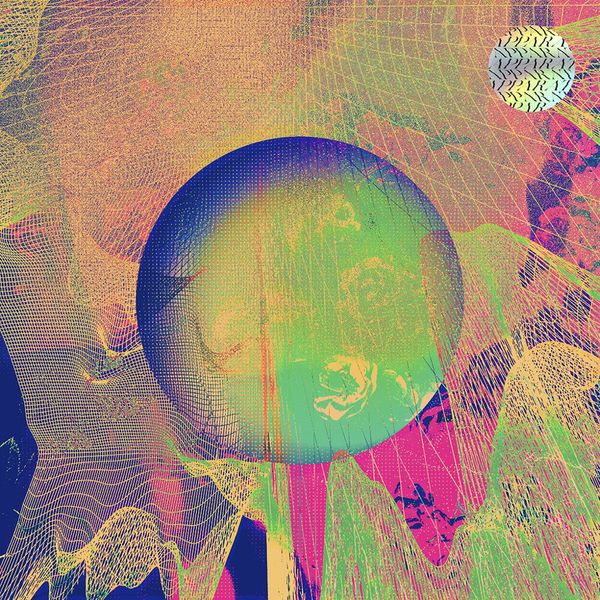