‘Hushed, husky Turner monologues drift over sophisticated arrangements with retro sheens, the whole affair playing out at strolling pace, basking in the seedy buzz of a make-believe underworld.’

General thoughts on Tranquility Base Hotel & Casino (May 11th – day of release):

WTF. What has happened here? Where are the riffs? Where’s the vigour? Why can I barely hear Matt Helders? Is this an Arctic Monkeys album or an Alex Turner album? No wonder they didn’t release a single ahead of the release of this thing. The instrumentals seem to only exist to support Turner’s crooning — almost every song sounds the same. This is nowhere near as interesting, or stylish, as Turner thinks it is. Christ, he thinks he’s Tom Waits. Here he is nonchalantly reciting through songs like the Jarvis Cocker of LA. He thinks he’s the absolute shit. The smugness is practically drenching from “American Sports”. These monologues are so self-indulgent. ‘I’m so full of shite,’ he sings on “She Looks Like Fun”. Too fucking right you are, mate.

General thoughts on Tranquility Base Hotel & Casino (May 16th – day of review):

Huh. Talk about a grower. This is truly a brave, daring experiment, and the results will likely catch listeners going back and forth between delight and bemusement. That’s certainly what happened to me. The lack of structure can be frustrating, but it admittedly suits the skeletal feel to the music itself. Rarely are the arrangements fully realised. Instead, vintage keyboards, fuzzy guitars, and quirky synths take turns supporting Turner’s extensive monologues. Whilst the grandiosity of the lyrics can sometimes be overwhelming, they are clearly the core focus of the album. I really enjoy how Turner breaks the fourth wall every now and then: directly referencing the raised semitone on “Four Out of Five” for instance. The self-awareness is comforting, particularly when it feels like the album is becoming too pompous.

So as it turns out, no, he’s not Tom Waits. He’s Alex Turner, flaws ‘n all. For every lyrical lapse (‘pull me in close on a crisp eve baby/kiss me underneath the moon’s side boob’), there are multiple moments of genius (‘I launch my fragrance called integrity/I sell the fact that I can’t be bought’). Tranquility Hotel Base & Casino gets dangerously close to being magnificent. It’s very sure of itself, and that will turn certain listeners away. However, for those willing to put in the time and give it a chance, this could well be one of the most rewarding albums Arctic Monkeys have ever released. To be honest, I still have no idea how I feel about it. There’s no guarantee I’ll ever know. Regardless, my hat goes off to them. Tranquility Base Hotel & Casino has certainly caused a stir, and boy did UK mainstream music need a good rustle.

This is not the Arctic Monkeys as we’ve heard them before, which is just as well six albums in. Alex Turner has said the record ‘tees up the idea of playing to a quiet room,’ and that’s certainly its scene. Hushed, husky Turner monologues drift over sophisticated arrangements with retro sheens, the whole affair playing out at strolling pace, basking in the seedy buzz of a make-believe underworld. In flow Tranquility Base feels like slithering down a John Waters-curated rabbit hole. “Science Fiction” hums and grinds with thick synths and smooth refrains, while “Batphone” moves with the tight, thumping intent of a Pink Floyd Animals track. It’s unfamiliar territory, but accommodating — in a smokey, ‘70s kind of way.

Tranquility Base is unlikely to please everyone, but then pleasing everyone has never really been Arctic Monkeys’ concern. Turner himself concedes the album sits in ‘choppy waters in terms of pretentiousness.’ It hits stride quite late on, as if Turner needs most of the album to get listeners on-side. His reluctance to actually sing does work for the most part, but the arrangements could have done with a more dynamic vocal foil. The mix is crisp, but it’s also understated, which, when overlayed with Turner’s rather pensive delivery, leaves it seeming more passive than it really is. A couple more highs would have done the record a world of good. It misses that release.

I guess you could say Tranquility Base wound up too clever for its own good. The lack of oomph keeps it from digging deeper, from achieving something special. As it is, I hope the band persevere with this tone and take it that little bit further. There’s something to what they’re doing here. The Tranquility Base experiment is not a triumph, but it achieves enough to be considered an accomplishment — a progression even. An album can do worse than being the oddball stepping stone of a discography. Time will tell.

The Arctic Monkeys have made a considerable departure from their previous material in Tranquility Base Hotel & Casino, and my first few listens were honestly spent finding a lot to dislike. I couldn’t get over the one-speed, seemingly style over substance nature of the whole thing. Then I found myself reminded of some of my favourite vocalists as I listened to some of Alex Turner’s soft croons. I found moments of later era Bowie in the title track and even some Jarvis Cocker-esque points dotted around in the likes of “American Sports”.

The instrumentals, similarly, are growers, initially coming across slightly too restrained. While I still think that Matt Helders’ talent is largely wasted throughout, there are some great moments across the album, lined with tones of harpsichords, organ, and twinkling piano. The opener, “Star Treatment”, is a highlight of mine, setting the tone with a nostalgia-stoked five minutes that sits back into its groove, while “Batphone” crawls along sombrely with a spiky synth and punchy guitar interjections throughout. Turner’s lyrics are self-aware more often than not, and that alone had me breaking a slight smile at points.

With that all said, I still don’t think Tranquility Base Hotel & Casino has quite hit the mark. It’s a fresh and welcome change for the band, for sure, and it may well pave the way for more exciting things to come, but by itself, I don’t see myself returning to much of this, especially given the quality of the other material in the band’s discography that I could revisit instead. 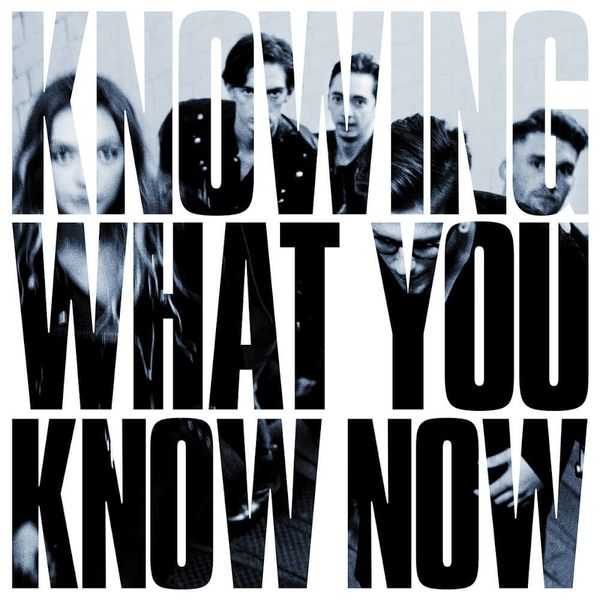