‘Adele has proven she has the vocal and songwriting talent to do more than release a pop record with songs filled with heartbreak, yet will probably never explore these possibilities further while albums like 25 sell faster than anything that has come before it.’

Send My Love (To Your New Lover)

Now that 25 has been unleashed, Adele is in the midst of breaking every sale record imaginable. The figures are remarkable, and even I, with my cynicism intact, can understand why Adele has become such a giant in the contrived field of pop music. Precise, flamboyant, and incredibly accessible, her voice is as good as anyone’s in the genre. It’s the sheer dynamism of Adele’s vocals that truly sets her apart from her peers though, a trait that consequently makes her one of the greatest pop vocalists of the 21st century.

It’s a shame then, that most of songs on 25 struggle to keep up with such energy and spirit, in spite of some real highlights. Having already made its cultural impact, “Hello” kicks off proceedings and makes for a fine opener — though predictable in its songwriting format, the lyrical subject has been reversed, with Adele herself becoming the contributor of sorrow, singing ‘I’m sorry for breaking your heart.’ “Send My Love (To Your New Lover)” contains a groove that you’d usually come to expect from one of Rihanna’s club hits, and I expect it to escalate to such popularity once it’s inevitably released as a single. It’s a confident display of energy that, regrettably, is rarely found again from this moment (“Sweetest Devotion” just about manages it, but you have to make your way to the very end to get there).

Aside from that, there’s not a great deal to discuss here. 25 has already become an extraordinary commercial success, and whilst it’s tempting to suggest that the moments of true quality make this success the least bit justifiable, the reality is that you’re forced to wade through a surge of mediocre songs. Records have been broken, but in reality not much has changed — with the release of 25, Adele remains a worldwide phenomenon. It is what it is.

25 is inoffensive and unspectacular pop fodder. People will listen to it on the radio and find it agreeable and vaguely evocative and no-one will be telling their grandchildren how exciting it was to be around when it was released. It’s a shame, because when it’s utilised effectively Adele has a voice like a freight train, and she’s shown herself to be an extremely capable songwriter in fits and bursts across 19 and 21.

Sadly, most of 25 fails to showcase either of these gifts. “Sweetest Devotion” and “Hello” hint at a pretty great pop record that wasn’t, and there are a couple of other solid tracks besides, but most of what goes on is formulaic and flat — and all the names involved amount to little more than a collaborator of the week vibe. Par for the course in the realm of pop, but it does feel like an exceptional waste when it’s Adele’s talents that are being lost in the malaise.

It would be remiss of us not to at least take note of the UK’s newest fastest selling album, despite it looking a little out of place beside our previous reviews. It’s taken as a given at this point that Adele’s voice is impressive, but 25 doesn’t do anything to add or detract from this, providing little challenge nor any vocal line so bland to take note of.

The instrumentation does show tinges of discernible genres, with influences of folk, country, dance, latin and classical all appearing throughout, but as is common with pop music, these are watered down to the point that you could apply the statement to almost any downbeat pop record. Stepping back a little from the detail, a pop track should be catchy and somewhat memorable, but even here 25 doesn’t fare well, as five tracks of the eleven track album feel distinct from the others, two of these for the wrong reasons.

While it isn’t unexpected, Adele has proven she has the vocal and songwriting talent to do more than release a pop record with songs filled with heartbreak, yet will probably never explore these possibilities further while albums like 25 sell faster than anything that has come before it.

Favourite tracks // Send My Love (To Your New Lover) ­Million Years Ago ­Hello
2010sadelepop
Receive monthly roundups of what we’ve been up to. Sign up for our newsletter ➔ 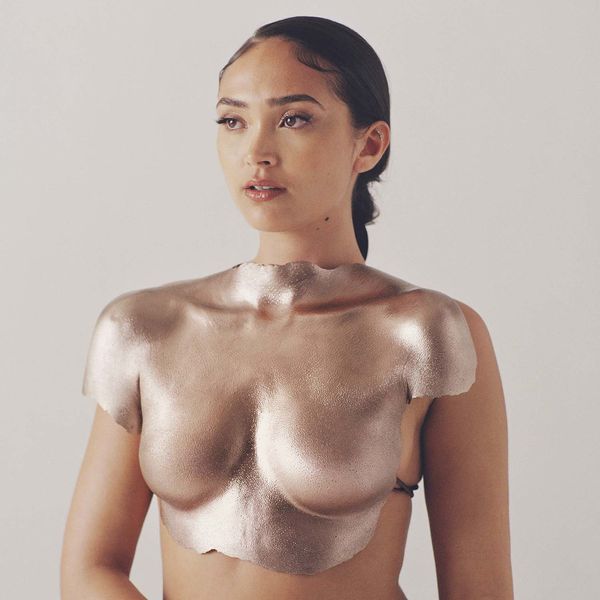