Alan Hazard gazed into the eyes before him. They were his eyes, and they were the most beautiful brown eyes in the world, muddy brown and full of mystery. His gaze flicked down to his nose which, well, it was a masterpiece. There was no other word for it. Then there was the mouth. Where others may have seen a wet, altogether sickly pair of lips, he knew better. He saw the smile that lurked behind them, and the laughter ready to tell anyone who heard it that he held all the cards, don’t you worry. It was all the mirror could do to keep itself from shattering into a thousand pieces when Hazard unleashed what he thought was an enigmatic grin.

He had been admiring himself in the hotel room bathroom for two hours. The rest of the band - his subordinates as he liked to think of them - were busying themselves with songwriting or some such nonsense. Hazard had taken the chance to slip away and think about something more important: himself.

It was his destiny to be a front man. He’d always known that. The role befitted his looks, his charisma, and his reluctance to buckle down and learn to play an instrument. That would have needed work, and what self respecting frontman has time for work?

Muffled through the door came the tender flutter of another Bas melody. Waltz and Stone were following along as best they could but it was clear who was pulling the strings. The boy was a phenomenon, a musical and medical phenomenon. And he, Alan Hazard, had spotted him. That pretty much made Bas’s genius his genius.

He applied more eye liner and leaned back to admire the full effect.

How long before Laina secured him a front page feature? No doubt photographers would be climbing over each other to shoot him (this in time proved to be true though not in the way Hazard imagined). Fashion brands would be clamouring to be seen adorning his sickly form. Take a close look, kids. Buy our gear and maybe you could grow up to be like Alan Hazard from the Band with No Name.

The memory of something Sunshine had said to him drifted into his head. It was a request, something about lyrics and how Hazard urgently needed to write them. The memory annoyed him. It sounded suspiciously like responsibility. What a horrible word.

He turned to the makeshift shrine he’d made for himself and lit another stick of incense. He inhaled deeply.

All the poets he’d plagiarised over the years must have been writing about moments like this, the repose of great men on the cusp of great things. He was the leader of a band. (Whether the others recognised that or not was unimportant, like they were.) He was already making headlines. And in a couple of hours he’d be performing to the adoring swine of whatever town it was they were in. Yes, Alan Hazard was on his way to the top, where he belonged.

He glanced around to make sure the room really was empty (you could never be sure with Laina Gould) then leaned forward and kissed the mirror, tongue and all.

← Previous
Receive monthly roundups of what we’ve been up to. Sign up for our newsletter ➔ 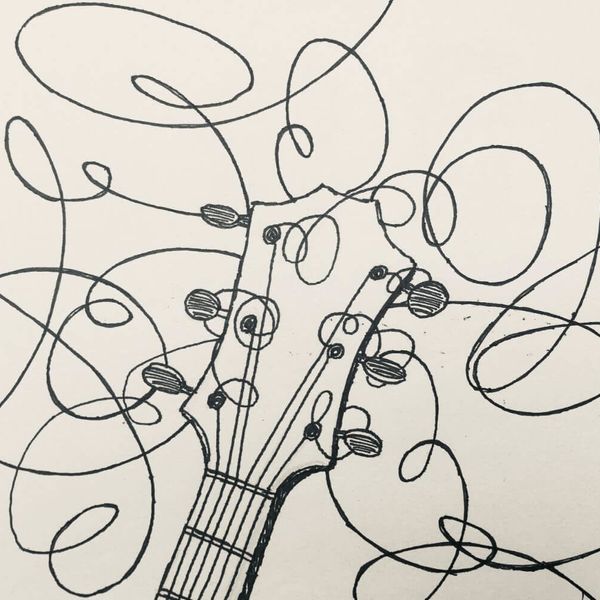