Having soundtracked sleep with record-breaking success, Max Richter has moved on to soothing activism. His Voices project, which received a second volume of work last month, takes inspiration from the Universal Declaration of Human Rights and combines multi-lingual spoken word with Richter’s signature cinematic compositions.

Eleanor Roosevelt, who was instrumental in the declaration’s adoption, opens the album with a reading of it. She’s backed by Richter’s ‘negative orchestra,’ a concept which leans towards lower register instruments to produce deep, lush music across Voices. Large swathes of the pieces are bassy seas that sharper violins and vocals pierce through.

Clips of spoken word meld together throughout the hour-long tracklist, and while “All Human Beings” is the leading work, “Murmuration” makes for part soundtrack, part composition, as KiKi Layne’s words enter in and out of the foreground. Transitional moments are made up of hubbubs of readings, like the opening moments of “Little Requiems”, which creates a busy ambience to introduce the piece.

Given the time and context in which it was made, Voices makes for an uplifting, evocative set of work that I’ve returned to throughout the year as a comfort blanket of sorts. The sense of unity and utopia the readings present makes for a potent concoction. Combined with Richter’s dramatic backdrops, the result is quite powerful.

In the latest volume, Voices 2, Richter has delivered more self-contained pieces while exploring new territory. “Solitaries” swaps orchestra for organ to provide a slow and sombre outing that reverberates into the distance. “Colour Wheel” is an ethereal haze that develops in slow-motion. “Mirrors” is a tentative piano solo that delicately dances through its playtime. Elsewhere, reworkings of pieces from the first volume throw a new light on compositions like “Mercy” and “Little Requiems”.

But Voices 2 feels more solitary, more distant. The tracklist makes for a stark contrast in the moods it evokes by not featuring the same spoken word or vocal hubbub in its composition. While it’s still made up of beautiful music, the effect is somehow colder.

Nevertheless, the Voices project is one I continue to listen to and one I’ll remain interested in if Richter continues to expand it in the future. The music he produces is a terrific antidote to the world it soundtracks, and the themes and values his work takes inspiration from makes for powerful imagery and thought-provoking moments.

max richteravant gardeambientexperimental
Receive monthly roundups of what we’ve been up to. Sign up for our newsletter ➔ 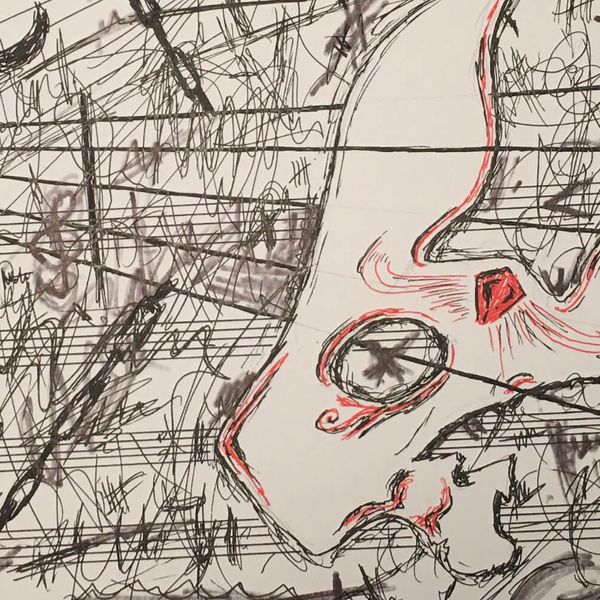